It is hard to disagree with the goals of differentiated instruction. Carol Ann Tomlinson, differentiation’s most prominent theoretician and proponent, describes differentiation as student-centered learning, with teachers systematically changing the educational content, process or product to adapt to each student’s profile, interests and readiness. Given that every student has a unique set of strengths and weaknesses, talents, interests, cultural upbringing and academic history, for any given lesson students will need a change in level or style to accommodate the differences.

Differentiation presents teachers, therefore, with the herculean task of planning horizontally for different types of learners and vertically for various levels of learners. Additionally, some educators have critiqued differentiation for lowering educational standards and making impractical demands on teachers’ time and workload. In the following article, some of the theories and practices that are incorporated in differentiation will be examined to see if they really represent effective educational enhancements.

My contention is that differentiation as commonly understood and practiced, and championed by Tomlinson, employs educational and psychological theories that have been largely discredited, and lacks demonstrated educational effectiveness. Differentiation emphasizes inputs, such as student learning profiles and engagement, at the expense of outputs, namely, academic and professional preparedness. This version of differentiation also has the potential to set up our students for future academic and social-emotional failure.

The learning-styles theory of teaching individual students in their dominant mode of thinking plays a key role in determining a student’s profile. The theory, however, has shown no learning advantage to students (Harold Pashler et al., “Learning Styles: Concepts and Evidence”). Further, the fixed mode of knowledge acquisition can hinder a student’s ability to adapt to their future educational and employment situations (Bruce Hood et al., “No Evidence to Back Idea of Learning Styles”). Tomlinson’s 2012 response changes learning styles from a guide to tailor a student’s curriculum into a target for all students to acquire multiple modalities of learning. Tomlinson’s other three factors of a student’s learning profile cannot provide sufficient information to develop a learner profile as gender and culture are too generic, while intelligence preference only relates to specific academic disciplines.

A second criterion that Tomlinson employs for a teacher to differentiate is using student interest or choice to harness motivation. Here too the theory has not led to better results, as we are asking students to choose their educational path based on their immature perceptions of knowledge, experiences and aspirations, and without an understanding of the long-term consequences of not learning the correct skills (Kirschner and van Merriënboer, “Do Learners Really Know Best? Urban Legends in Education”). Further, intrinsic motivation may not lead to higher achievement levels (Garon-Carrier et al., “Intrinsic Motivation and Achievement in Mathematics in Elementary School”).

In Good to Great and the Social Sectors, Jim Collins emphasizes that many organizations confuse inputs and outputs, and mistakenly judge success based on inputs. He brings two examples. An input of police work is closing cases, the output is less crime. For a symphony the output is a great musical performance, ticket sales are an input. The easiest way to define outputs is the lasting impact that we want to see. Inputs are the ingredients that enable creating the output. Assessing success should not be based primarily on inputs, but rather whether the actual outputs match the intended ones.

Since schools are part of larger educational, employment and societal systems, a primary output of educational institutions is academic and social-emotional preparedness for the student’s upcoming stage, whether another type of school or employment. The research that supports the differentiation principles listed above—the student learning profile, student interest and engagement, classroom management—are inputs, and we cannot judge success based on them. Instead we should determine educational effectiveness based on college and professional preparedness. Currently, 40% of twelfth graders are ready for college level reading and only 25% for college level math.

Instead, differentiating could be masking stagnant levels of student learning. While the college readiness rates have not changed much over the past decade, high schools graduation rates have risen to an all-time high of 83%, where anecdotally the replacing of traditional requirements with differentiated products accounts for some of the rise in graduation rates.

This version of differentiation appeals to our sense of fairness by presenting itself as student-centered and responding to the student’s present reality. However, preparing students for future flourishing is more student-centered. Standards and benchmarks, like Common Core, define what a student will need to succeed at their next stage, whether high school, college or employment.

Tomlinson does not believe that differentiation and standards-based education are contradictory: “Curriculum tells us what to teach: Differentiation tells us how” (“Reconcilable Differences? Standards-Based Teaching and Differentiation”). Yet she also proposes that a differentiated classroom employ materials with different reading levels. When teacher after teacher, in class after class, year after year, implement this differentiated content, it leads to the student not being on the reading level needed for the next stage. Instead, Tomlinson seems to view educational standards as a guide instead of necessity. (To clarify, I concur with Tomlinson that a student with a diagnosed learning disability should have a modified curriculum.) This approach to standards fits with Tomlinson’s view of school, which is “to maximize the capacity of each student,” not to prepare students for their next stage.

The mystery of education is that all children are a world unto themselves with their observable gifts and latent talents. Each person develops these talents at different rates and ways. Over the course of a lifetime, some talents will be developed and some won’t. Some students learn slowly and then catch up quickly or blossom later in life. Alternatively, some star students seem to plateau and do not reach the potential that we initially envisioned. Some need to be pushed more, while others have motivation and discipline. Ultimately, only God knows the full potential of a person, while all we can determine is what a student currently comprehends.

In assessing student readiness, differentiation looks at a student’s present reality and then moves them “slightly beyond where they can work without assistance.” Whereas in a standards-based system, the teacher knows the upcoming steps from the mapped out curriculum that leads to college preparedness, differentiation requires the teacher to create a specific curriculum for each student. This locks the student into conceptions of their learning potential, essentially creating a track, and doesn’t give them sufficient opportunities and incentives to rise beyond those conceptions.

With this in mind, we should note that the 2012 Programme for International Student Assessment (PISA), a test taken by half a million students in 72 countries and run by the Organisation for Economic Co-operation and Development (OECD), highlights a negative correlation between success in math and differentiation. Countries that differentiate more perform worse (Ashman, “TALIS Data on Differentiation”).

Along these lines, the OECD’s 2015 PISA report remarks that “greater exposure to enquiry-based instruction is negatively associated with science performance” (“Key Findings from PISA 2015 for the United States”), even as the PISA tests application, not recall.

Just as the well-intentioned learning styles movement did not produce better learning results and may have caused harm by encouraging students to stay in fixed modes of thinking, so too differentiation can potentially impair by misshaping a student’s thinking about life.

For the first time in 130 years, the likeliest living arrangement for adults age 18–34 is with their parents. In a Wall Street Journal article, Senator Ben Sasse, a former university president, decries “our reluctance to expose young people to the demands of real work.” He concludes, “If our children are to become real adults, they need to know that difficult tasks are things to be conquered, not avoided.”

Differentiation protects our students from the real emotional and intellectual demands of life, by having the teacher shape the reality to meet the students. As many areas in life are not that flexible, differentiation may possibly stunt their maturation. In fact, because today’s students will change jobs and careers more often than their parents’ generation and will need to deal with the uncertainty caused by disruptive innovations eliminating some careers and creating new ones, our students need to have a wider range of talents and the ability to adapt in bewildering situations. Grit requires inner resolve to handle the unexpected and change.

Individualization is an alternative theory that can address the uniqueness of each student and their eventual specialization, while ensuring that all students have basic general knowledge and skills. Individualization, sometimes called individualized learning, is a form of blended learning. This is not to be confused with Personalized Learning, which has similar aims to Tomlinson’s differentiated instruction (Dale Basye, “Personalized vs. Differentiated vs. Individualized Learning”).

While differentiation focuses on “how” a student learns by creating a student profile from learning styles, background information and assessment of potential, individualization focuses on “when,” building a student profile based on the performance and achievement of standards. The basic theory is mastery learning, where students move to the next level once demonstrating mastery of the present one. Graduation means mastery over the minimum set of standards in each subject needed for the next stage of life. Students display their individuality by specializing in different areas: one student masters more learning in math, while another emphasizes history. Academic records will list the benchmarks and standards that the student has mastered.

During school time, students receive teacher guidance and instruction; a teacher makes judicious use of the inputs, like group work. Teachers direct student time allocation toward continued specialization or shoring up the weaker areas of their general knowledge. As standards and benchmarks are not always linear, especially in the humanities, teachers will also direct students who repeatedly do not attain mastery as to when it is time to move on and try a new, parallel topic. The student could return to the standard at a later date with additional development.

To accomplish individualization, teachers need the assistance of standards-based digital assessments. These assessments give students the independence to try numerous times and can automate results for teacher and student. Their digital memory can track a student’s progress better than a teacher. Teachers now have additional time and more data to enable higher-quality individualized interactions. These resources allow a teacher to loosen the previously needed group (class/grade) bonds. As students work at different paces, they will not be held back by their group, nor can they hold them up either. In his One World Schoolhouse, Salman Kahn presents a similar educational vision.

Individualization aims for the best of both worlds. It starts with standards and an output-oriented education, while validating the uniqueness of each student. It is efficient and flexible. Paired with skills and mental fortitude gained through strong performance expectations, our students will be fortified to flourish in the future.

Jim Collins, Good to Great and the Social Sectors: Why Business Thinking Is Not the Answer 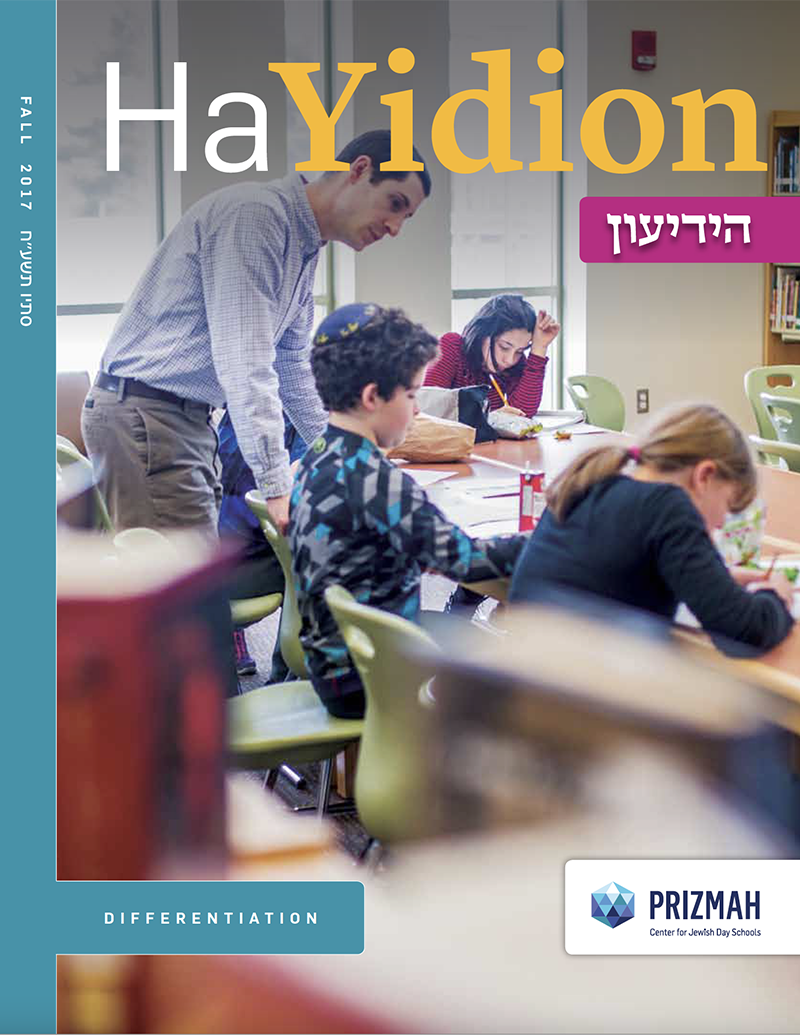