Responding to Questions About Torah and Science: Sources for High School Educators

“Doesn’t the Torah say that Hashem created the world less than 6,000 years ago? But that doesn’t seem to fit with what modern science says, and I know that when science uses carbon dating and other methods, they aren’t just making it up—it’s real science—so how can Judaism and Torah beat that?”

A version of this question has been asked to me by high school students countless times. Many are bothered by questions they have about evolution, Creation, and the age of the universe and crave sophisticated, coherent answers. For some students, questions can stem from a place of genuine curiosity: they are fully committed to Torah and Judaism but just would like to know the gamut of Orthodox thought on these matters. Other students find these issues deeply troubling and have difficulty placing their full faith in Judaism until they can satisfy their yearning for answers.

In my experience teaching in yeshiva high schools, I have come across a handful of sources that I find are often useful when addressing these questions, sources that help engage in dialogue while encouraging and reinforcing the authenticity of Torah and our Mesorah. Naturally, some students find these answers fully resolve their questions while others find that this is just a step in the right direction. Either way, I have found that they are excellent for approaching students in conversation and helping them wrestle with issues of belief.

Below are five different sources that address some of these big questions and some of my own thoughts on how they might be used in conversation with students.

The Big Bang and the Ramban

The Ramban differentiates between the terms bara’, yatzar and ‘asah in Bereishit 1. He defines the word bara’ as creation yesh me‘ayin (ex nihilo). According to the Ramban only the very first thing was created in this way; it is something so small that אין בו ממש אבל הוא כח הממציא, “It has no substance but the energy to create.” From this first creation, Hashem fashioned other things. Ramban tells us that there is no word in Hebrew for this first creation; the best approximation is the term hyle, Aristotle’s term for “matter.” This hyle, claims the Ramban, is what the Torah intends to convey with its term בוהו, found in the second verse in the Torah.

At a time when mankind thought that the world was flat and our solar system was geocentric, the Ramban essentially describes the modern concept of the Big Bang. The Big Bang Theory maintains that “the universe as we know it started with a small singularity” that expanded into the universe as we know it. Essentially, both the Ramban and the Big Bang Theory propose identical universe-originating stories: an infinitesimally microscopic “first thing” that expanded into the vast universe we inhabit today. What Hashem created yesh me‘ayin may be more than simply compatible with modern cosmology; it might predate it by centuries.

The Rambam and Abarbanel on Bereishit

In several places, the Rambam posits that what the Torah portrays at the beginning of Breishit is not intended to be understood literally. Rabbi Natan Slifkin, in his book Challenge of Creation, translates one portion of the introduction to the Rambam's Guide for the Perplexed as follows:

“Now, on the one hand, the subject of Creation is very important, but on the other hand, our ability to understand these concepts is very limited. Therefore, God described these profound concepts, which His Divine wisdom found necessary to communicate to us, using allegories, metaphors and imagery. Our sages put it succinctly: “It is impossible to communicate to man the stupendous immensity of the Creation of the universe. Therefore, the Torah simply says ‘In the beginning God created the heavens and the earth’.” Thus, they pointed out that the subject is a deep mystery, as Solomon said, “It is elusive and exceedingly deep; who can discover it?” (Kohelet 7:24). It has been outlined in metaphors so that the masses can understand it according to their mental capacity, while the educated take it in a different sense.”

Rabbi Slifkin quotes a more succinct statement from the Guide: “The account of creation given in Scripture is not, as is generally believed, intended to be literal in all its parts.” He also quotes the Abarbanel in his commentary:

The Rambam believed that there were not separate creative acts on six days, but rather everything was created on one day, in a single instant [again, in line with the Big Bang Theory]. In the work of Creation, there is mention of “six days” to indicate the different levels of created beings according to their natural hierarchy; not that there were actual days, and nor were there a chronological sequence to that which was created in the acts of Genesis.

The fact that heavy hitters like the Rambam and Abarbanel are “in the camp” that could support a deviation from the classical understanding of the age of the universe being less than 6,000 years old may help many students process the discrepancy they see and feel when they look at their high school science textbooks.

Evolution and the Malbim

Many of the comments made by the Malbim, who happened to be born in the same year as Charles Darwin in 1809, seem to plug in seamlessly to many elements of modern evolutionary theory. The crux of the theory of evolution is that one species evolved from another, and that all life today evolved from a common ancestor. At first glance, this might seen counter to the Torah’s perspective on Creation in Bereishit 1:24, which implies that Hashem created each species as it was—a horse was created as a horse, a dog as a dog and a gazelle as a gazelle.

However, the Malbim does not see this as a contradiction. He says that when Hashem wanted to create life, He essentially partnered with the land itself. The land was given the power to create physical bodies but not the power to breath life into that physicality; that is the arena of the Divine alone. Hence, Hashem’s comment to the water was to enable physical life to teem, but the water alone was incapable of accomplishing this task. Creation of life in earnest needed God Himself. The various species, by contrast, maintains the Malbim, were created yesh miyesh, from preexistent matter, not yesh me‘ayin.

It seems from the outset that the Malbim’s understanding of the spread of life fits, in broad strokes, with Darwinian evolution. But I’d like to argue that upon closer examination we will discover that the Malbim’s comments fit, even snugly, into many of the finer details in evolutionary theory as well.

First, modern evolutionary theory believes that life did indeed start in the ocean, just as in the Torah. Second, the question of the origin of life, among the murkiest and most difficult for scientists to solve, currently focuses on the development of amino acids in vents in ancient volcanoes. The actual process is still far from understood. Arguably, the Malbim might say that the holes in the theory can be resolved with the terms bara’ or yesh me‘ayin. As for the rest of the process of speciation from a common single-celled ancestor, I think the Malbim and modern science would agree in principle. Science will use terms like “genetic mutation” and the Malbim terms like yesh miyesh, but essentially, they agree that life diversified from one creation.

The Gemara (Shabbat 88b) notes that the Torah was concealed for 974 generations before Adam. With 26 generations between Adam and Moshe, the giving of the Torah thus takes place at exactly 1000 generations into Creation. Let’s do some math here. Assuming an average of about 30 years per generation, we find that the 974 generations would equal about 30,000 years of pre-Adam time, to which we would need to add 6,000 years from Adam until today, assuming a literal reading of the Torah and its timetable. That number could easily be stretched if the amount of time between each generation was more than 30 years.

While this Gemara does seem to lend some credence to a universe more than 6000 years old, I’d like to focus on a different point. According to anthropologists, homo sapiens appeared around 200,000 years ago, but didn't really make much progress for many thousands of years. There is no writing, no cave art, and no clothing until about 50,000 years ago, when burying of the deceased and cave art start to appear.

Biologists estimate that life has existed on Earth for roughly 3.5 billiion years. Archeologists date the first major advancement of human culture to just 50,000 years ago, right around the time when the 974 generations before Adam would have begun. The Gemara alludes to about 30,000 years of human prehistory, and science now corroborates the fact that the first advancements of human culture occur right around then.

The Age of the Universe and Rabbi Yitzchak d’min Akko

Rabbi Aryeh Kaplan, in his book Immortality, Resurrection, and the Age of the Universe, opens Chapter 1 with a kabbalistic approach, authored in the middle ages, that squarely dates the universe in the ballpark of 15 billion years old, just a stone’s throw away from the 13.8 billion years cosmologists and astrophysicists currently date it at. It requires delving into a bit of Kabbalah, but the math works out in a fairly astonishing way.

Sefer HaTemunah, attributed to the tanna Rebbi Nechunya ben HaKanah, discusses Divine shmittah cycles, quotes the verse (Tehillim 90:4) comparing one divine day one thousand earthly years. He then cites Sanhedrin 97a, whichstates that the world will exist for six thousand years and be destroyed in the seven thousandth. Sefer HaTemunah notes that the existence/destruction referenced in Sanhedrin is actually a cycle that will be seven times, just as the shmittah cycle is repeated seven times in a yovel. Rabbi Kaplan quotes an opinion by a commentary known as Livnat HaSapir claiming that we are in the seventh such cycle. If each cycle is 7,000 years, and there have been six cycles prior to our own, the world would be 42,000 years old before Adam would have walked.

Taken together, these sources give depth to conversations around the creation of the world, the age of the universe, and evolution. This article was designed for Jewish educators to help them inspire and reach their students. I share these thoughts so that you may develop your own approach with students, using sources that might resonate with them and help them deal with challenging issues regarding the relationship between science and faith in Hashem. 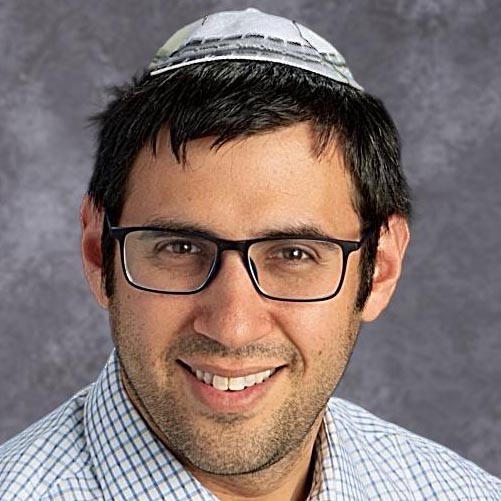 Rabbi Aaron Horn is the dean of students and the chair of the Gemara and Halacha Department at the Kohelet Yeshiva school in Merion Station, Pennsylvania.