Teaching midrash at Kehillah presented a multifaceted challenge. The classroom included learners with vastly varied levels of familiarity with the material. Some were fluent in Hebrew, previously studied Tanakh, and had some sort of exposure to the hermeneutic practice. Others were opening Tanakh for the first time. Not all students were Jewish, either. Inasmuch as it is impossible (and unproductive) to divorce the midrash from the religious goals of its makers, it was clear to me that those goals would not resonate with most of my students.

Being a practicing poet and performer, I thought to offer the students midrash as an authentic Jewish art form: that which French literary critic Roland Barthes called “writerly reading”—that is, reading as a writer, composing one’s interpretation rather than passively absorbing the information.

In her introduction to Turn it and Turn it: A Forum on Contemporary Midrash, award-winning poet and literary scholar Alicia Ostriker defined midrash in the following way:

Traditional midrash may be homiletic, witty, mystical, wildly imaginative; it is always, however, deeply religious in intent. Contemporary midrash, as the term has been widely and loosely used for several decades, may take the form of poetry, fiction, drama and bibliodrama based on biblical narratives, as well as visual art, film, and music. Like traditional midrash, contemporary midrash addresses itself to the potential meanings of scripture in one’s present moment, and to pressing psychological and social issues in one’s present community.

The rupture—and continuity—between traditional and contemporary midrash is apparent. However, it is equally apparent to readers of Ostriker’s work that the poet herself mastered the traditional midrashic tendency of giving voice to marginal biblical characters, who are often unnamed, or in any case allotted minimal narratological space in the Tanakh itself. Just as midrash expands the character cast, and the archetypal assortment, so does Ostriker, using the genre to give voice specifically to female characters. Re-writing Miriam’s narrative, she offers:

Call me rebellious, call me bitter sea / I peel the skin off myself in strips / I am going to die in the sand / Miriam the leprous, Miriam the hag / Miriam the cackling one / What did I have but voice to announce liberty / No magic tricks, no miracles, no history, / No stick / Or stone of law.

There are clear allusions to the Torah verses and traditional midrashim here—as well as feminist critique of the male-centric Torah narrative.

The looseness and fluidity of midrash, as Ostriker defines it, is expansive enough to include work that was not necessarily conceived as midrash by its author, and yet becomes midrashic when presented within the hermeneutic framework. Chicago-born Jewish poet Jackson Mac Low, an avant-garde legend, wrote a series of “Light” poems, which I invited my students to read in our discussion of the Creation stories.

Resisting an easy storytelling model, the rhythm of the poem leads the reader into a meditative, visceral experience of light in the vastness of its endless varieties. Cataloging human experience, the poem accentuates the poignancy of that ancient metaphor. I invited students to write their own light—and darkness—poems, which ended up being deeply personal, and helped us elucidate the ancient myth of Creation and our relationship to it. Does it seem like a stretch to call such texts “midrash”? One may only need to remember that traditional midrash writers, too, were fond of radical recontextualization of verses, images and indeed whole stories.

Giving voice to marginal voices and recontextualization are only two of the many methodologies that can be adopted by young writers; literary puns, intertextuality, dialogic writing are a few of the others we reviewed in class. The students were not always sympathetic to the content of the midrash, yet they were awed by the strategies and creativity of the work. Above all, they learned to read deeply, bravely, with agency and inspiration, embodying and owning the sacred texts. One student introduced her final portfolio with the following reflection:

Before entering the class, I had perceived midrash as only explanations. I was amazed and excited to find out that virtually anything could be counted as midrash. It was a joy to find out that one is not restrained to explanations, that one could explain through poems, stories, and even dreams. 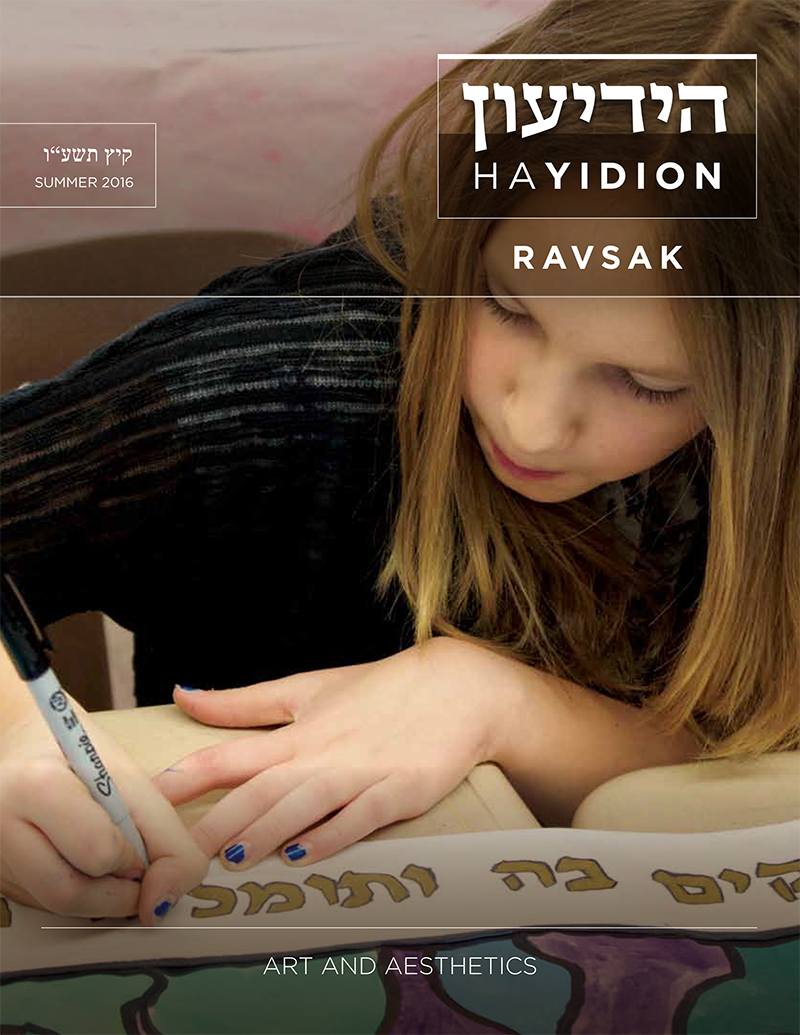