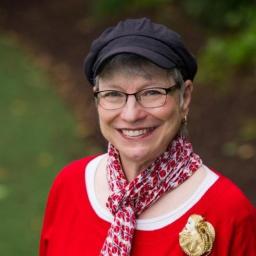 Sharon Freundel is the managing director of the Jewish Education Innovation Challenge (JEIC), a bold initiative that catalyzes radical improvement in Jewish day schools across North America. JEIC challenges day schools to achieve their mandate of optimizing student internalization of Jewish wisdom, identity, and decision making through directed funding, impactful convenings, philanthropic partnerships, and originating bold initiatives and experimentation. You can reach her at Sharon@JewishChallenge.org.

During a girls’ high school Chumash class that I taught a number of years ago, one of the assignments was for each student to craft a dvar Torah on the weekly parashah, following a graphic organizer we created together. It went quite well. Each girl orated her five-minute dvar Torah, and then her classmates would politely raise their hands to ask questions related to the presentation.

This went so well that when I began teaching a boys’ Chumash class, I followed the same paradigm. Then came the Friday of the initial dvar Torah. After the first sentence out of the boy’s mouth, four hands assertively went up, and three students called out comments to challenge and confront. At that point, I thought of an old adage from one of my Bible professors: “The Torah was written to civilize our young men.”

This anecdote illustrates one reason that we need Jewish day school leadership comprising both men and women. Men and women bring very different perspectives and attributes to the table. It has always struck me that in the haftarah for Parashat Beshalach, which includes the Song of the Sea, Devorah, in her song, adds an element completely absent from Moses’. Devorah invokes the mother of Sisera, standing at the window, wondering why her son is so long in returning home.

To me, this is an archetypal mother’s response, one that emanates from a uniquely female perspective. Our female educational leaders and classroom teachers should not attempt to simulate what their male counterparts do; they should create a distinctly female paradigm for education and leadership. Boys and girls should be exposed to male and female teachers and administrators in order to benefit from the multiplicity of views and approaches unique to each gender. That way, they can experience the “same” and the “other” as models of behavior and can benefit from diverse connections with which they can resonate.

The Importance of Leaders as Models

Further, we have heard frequently in the recent past in connection with Olympic athletes, government officials and others, the phrase “I can’t aspire to that which I cannot imagine because I have never seen it.” We need to model for our girls what it means to be a responsible, compassionate, intelligent, motivated, adult female so that they can aspire to become such a person. Men need to model the same for our boys. Perhaps even more importantly, our boys need to be inculcated into the great heights that women can achieve and the excellence they can attain—perspectives that will help them develop proper respect and regard for women as these boys get older and mature. The same can be said for our girls in developing their view of men they can trust and depend on.

Optimally, a 50-50 split between genders should be achieved in each Jewish day school for which it is consistent with their hashkafic approach. What this means is that while I am propounding the optimal situation of both genders in administration and in classroom teaching, I also believe that each school should self-determine its worldview. If mixed-gender educational leadership is inconsistent with the notion of, for example, only men teaching boys and women teaching only girls, then that school must remain true to its own values, whether the majority of the Jewish day school field agrees with them or not.

But of course, even in schools that would agree with the notion of mixed-gender educational leadership, we know that is not in fact the case, with a majority of lower school Judaic studies teachers and administrators being women and the converse for upper schools. How might we achieve such a balance?

Two advancements need to occur. Firstly, cultural attitudes need to evolve so that those doing the hiring have a greater appreciation for the benefits of a diverse teaching community and recognize that women, even those with young families, can do a proficient and even stellar job at their educational institutions. The schools need to advertise broadly in a way that enfranchises female as well as male candidates, and to publish a transparent job posting which includes not only responsibilities but compensation in terms of salary, paid time off and benefits in ways that create equity, no matter what the gender of the applicant. In addition, the stature of teaching and leading a lower school needs to be raised so that men feel comfortable applying for such positions and working in those schools.

Secondly, we need to continue training high-quality teachers of both genders in an equivalent way so that both men and women have the content knowledge and pedagogical skills to teach boys’ classes, girls’ classes or mixed classes. Fortunately, women’s Judaic education has grown exponentially even within my own professional tenure. When I began teaching some 40 years ago, almost no women, especially within the Orthodox movement, were capable of teaching Tanakh or rabbinics on a high level. Today, there are multiple training programs for both classroom teachers and Jewish day school administrators, open to all who want to join. As we progress further into the 21st century, I imagine that the disparity between trained female and male Judaic studies teachers will resolve.

Of course, we need to place the best person, no matter what their gender, in any given role in order to maximize our children’s Jewish education. But perhaps, if there are two equally qualified candidates of different genders, schools can make their decision based on creating a diversity of approach and perspective in their hires.

Children need both men and women who will–metaphorically–wait politely till the end and raise their hand and those who will jump into the fray at the beginning. This is the best way to create a well-rounded experience for all of our children.