Designing an Affordability Program for Jewish Professionals, with Extra Dividends

For decades, day schools across the country have offered Jewish professional discounts, employee discounts or “under the table” deals to individual families, often to maintain dignity that can be eroded through evasive tuition-assistance processes. And yet, despite the myriad articles and growing number of Jewish professionals, educators and clergy who find day school tuition unaffordable, there have been too few strategies deployed over the past decade to meaningfully address day school affordability for this specific population.

When the Zalik Foundation leadership began exploring ways we might help address the pre-pandemic challenge of declining day school enrollment in our Atlanta Jewish community, Jewish professional discounts was not our first idea. However, as we researched and attempted to learn from the investments and experiments schools, communities and foundations have deployed the past two decades, it became evident that single-focused tuition assistance strategies may successfully prevent further enrollment declines.

Nonetheless, there were questions about current programs—whether they meaningfully grew enrollment, enhanced the financial position of schools, freed budget dollars to redirect to academic and co-curricular excellence, or left recipients feeling appreciated or grateful. We also discovered an aversion to risk, fears of investing dollars that wouldn’t yield the intended results, and therefore several well-intended strategies not implemented to the fullest degree possible. Unsurprisingly, strategies were often abandoned after a few years.

Our exploration led to a simple hypothesis: If we could grow the number of Jewish professionals, clergy and educators sending their children to a Jewish high school, that might inspire congregants, donors and community members to do the same. Through their work at congregations, JCCs, federations, summer camps and other communal organizations, these individuals interact with and provide guidance to much of the population in our Jewish community who could be sending their children to a Jewish day school. When Jewish professionals don’t send their children to Jewish day school, community members take note. One parent shared, “As a member of a staff, it is easy to talk about the amazing benefit of a Jewish high school education. However, if you want to provide your child(ren) with this education and are unable to do so, it is more difficult to push and support it.” 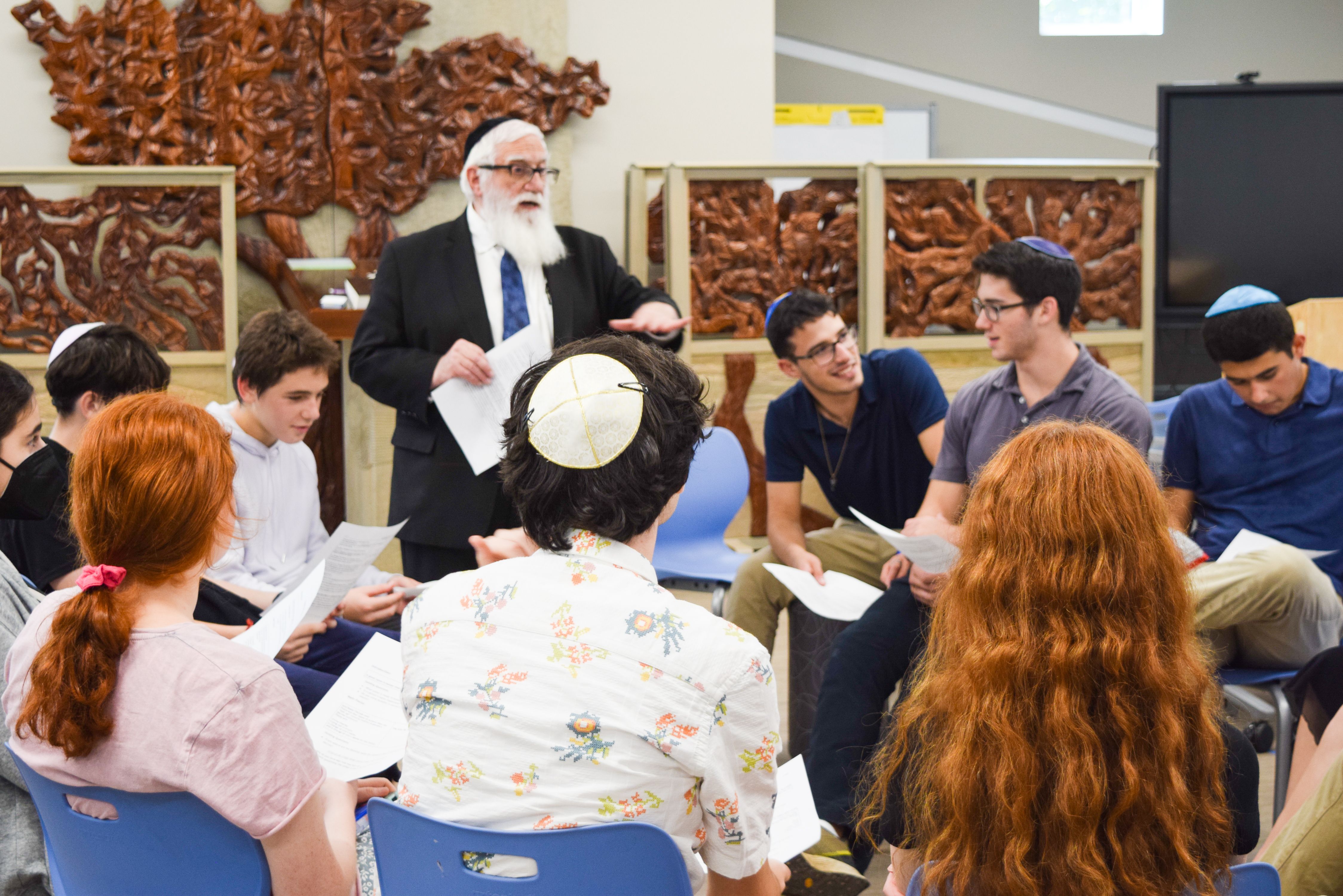 The professionals being charged with promoting Jewish education or the value of Jewish community to children and families are often unable to access a Jewish education for their own children without sacrificing financial stability, which, unfortunately, many do. If we want families to choose Jewish day school, then we should remove the barrier preventing them from leading by example.

From conversations with Prizmah, Atlanta Jewish day schools, our local federation, foundations and Jewish day schools around North America who deployed various affordability strategies, we concluded that we needed to experiment with a multifaceted approach—one not solely focused on affordability and not attempting to address the full K-12 day school enrollment. Instead, we opted to use high school, a limited runway of four years, to test our hypothesis. In addition to providing a finite time horizon, we recognized high school as a critical time in a teen’s life when identity is being formed, long-lasting social relationships are forged and prior Jewish involvement is often pushed aside.

The Jewish Community Professional High School Tuition Grant (JCP Grant) provides children of full-time Jewish community professionals, rabbis and clergy with a grant covering up to 50% of tuition at an eligible SAIS or SACS accredited Atlanta Jewish high school. The student is guaranteed the grant for the duration of high school, contingent on at least one parent remaining a full-time employee at an eligible Jewish nonprofit organization. Employment status is re-verified each semester, and schools make independent admissions decisions. The funds that the three participating schools were previously allocating toward discounts and tuition assistance, established through a baseline analysis before the program launched, must be redirected toward investments intended to drive enrollment or enhance excellence. Additional criteria impact participant eligibility.

Rather than offering a straightforward Jewish professional discount, we attempted to deliver what David Bryfman, in a 2020 episode of his podcast “Adapting,” referred to as a “triple investment, one that gets more kids to Jewish day school, helps Jewish professionals earn a better living and enhances a school community.” We invited other philanthropists in our community to join the Zalik Foundation in supporting this experiment. We saw this as a responsibility and an opportunity for co-investment; the wisdom and feedback we received from other philanthropic investors helped inform the way we structured and implemented the program.

Regarding day school enrollment outcomes, early learnings indicate the JCP Grant has had the greatest impact at Atlanta’s community high school, the Weber School, where enrollment of children of communal professionals grew by 50% in the freshmen class and by 5% overall compared to a baseline of two years ago. Although we have not seen the same impact on enrollment at the other participating high schools, one of which primarily serves the Modern Orthodox community and the other of which is an Orthodox girls’ high school, we have heard from some parents that they would have needed to move their children to public high school had it not been for the grant. 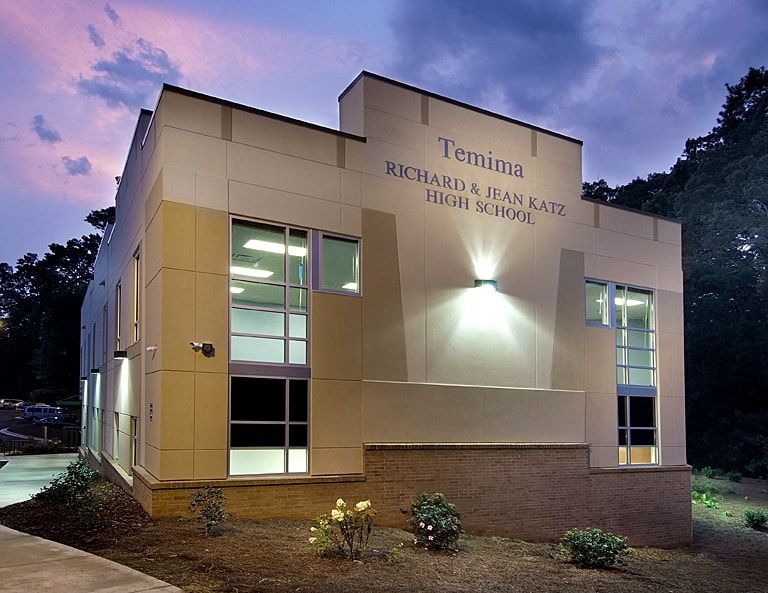 Among Jewish professionals, the reaction has been profound. We asked parents whose children received the JCP grant to share feedback following the first year of the program. One responded,

The funding offered by the JCP grant is the first time I have ever been thanked in a practical way for my service in the Jewish community. I have worked for the Jewish community for 25 years and, without a doubt, this is the single most impactful show of appreciation I have experienced.

One participating school received complaints from a few parents who felt it was unfair the child of a Jewish professional, regardless of the parent’s position or income, would receive the grant. The donors who contributed to the JCP High School tuition fund felt strongly the program should be income-blind. Jewish educators, clergy and professionals work tirelessly on behalf of our Jewish community. They put in long hours, sacrifice higher-paying positions at for-profit entities, and are often treated without the respect and dignity they deserve. Their title and accompanying salary are irrelevant when it comes to showing gratitude for the work they do.

Some heads of school shared when they have previously tried to introduce significant Jewish professional discounts, upwards of 40%-50% off, their boards were unsupportive. Instead, under the table arrangements or discounts that could not be widely marketed felt more comfortable to leadership. However, these covert deals do not reach the professionals who choose to opt out of Jewish day school rather than request a special arrangement that feels inappropriate or, to some, unethical.

The decision to be needs-blind was non-negotiable. It led some potential funders to not support the initiative. Yet the words of gratitude from recipients underscore the importance of this program:

Working as a Jewish educator or at a Jewish nonprofit is a career choice made because of personal devotion to causes greater than oneself. For many, choosing this path represents sacrifices endured by the entire family. Offering tuition relief through this grant is an incredible statement of thanks and conveys deep appreciation.

Freeing Funds for Excellence and Growth

The Zaliks came up with the idea to require each participating school to redirect budget dollars previously allocated to discounts or tuition assistance for Jewish professionals to be reinvested as a pool of “risk capital.” These funds are to be redirected toward investments intended to enhance excellence or provide incremental tuition assistance to drive growth, over and above what the school previously provided. The reinvestment plans need to be approved by the JCP oversight committee prior to disbursement of JCP grants at the beginning of the school year.

Heads of school told us that, typically, when operating budget dollars are “freed up” from a prior use (such as paying off debt, ending a deferred executive compensation plan), the boards of schools, fulfilling their fiduciary duties, tend to reallocate these dollars toward a reserve fund, deferred maintenance or other needs that are important, but don’t typically provide a source of risk capital. We also learned many of the secular private schools in Atlanta have six- or seven-figure funds set aside for the specific purpose of educational innovation and experimentation, all with the intended purpose of enhancing the academic and co-curricular offerings at the school.

Redeploying funds previously spent on tuition assistance or discounts toward academic and co-curricular opportunities may seem a counterintuitive strategy to address day school affordability. The beauty of the JCP Grant is that affordability is being addressed in a creative way and for a specific population of individuals who work on behalf of our Jewish community.

The final goal of the JCP Grant is to help attract and retain Jewish professional talent. Our schools, organizations and synagogues are only as strong as the individuals who lead them. In today’s competitive market for talent, it’s not easy to find nor keep knowledgeable, inspiring, capable professionals. We know of several cases where the grant was the main or a significant motivating factor for someone taking a new role at a Jewish organization. Jewish professionals have moved to Atlanta so their children could receive the grant, and former Jewish early childhood educators have returned to the classroom because of the grant. Several therapists, marketing professionals and administrators left their positions at for-profit entities and accepted a job at a local Jewish organization so their child would receive the grant.

When assessing the effectiveness of the scholarship as a retention tool, it’s more challenging to know if someone was considering leaving their job and chose to stay because of the JCP Grant. One parent shared,

I can’t express how much the grant has meant to our family and enabled me to continue giving back to the Jewish community through my work. Before this grant, we were talking about how we would continue to maintain our financial responsibilities given the modest salary I earn as a Jewish professional. The grant alleviated some of that stress at exactly the right moment.

While we didn’t set out to address the day school affordability crisis in Atlanta, we did attempt to make day school more affordable and accessible to a targeted population that influences individuals and families in our Jewish community. This is a population that is often underappreciated, under-compensated and less inclined to step forward and request financial assistance to attend day school. The structure the Zalik Foundation principles set for the JCP Grant has benefited Jewish professionals, created a source of risk capital for schools to reinvest toward excellence and served as a tool to attract and retain talent.

With the approval of funding for a second cohort of students who began day school in fall 2022, we will have another data point to assess. It is our hope that other donors, not just in Atlanta but around the world, will see the benefit of making a Jewish day school education more accessible to Jewish professionals, clergy and educators. We are proud to have taken this risk in Atlanta. While recognizing that it’s still early to call it a success, we remain committed to learning and sharing the program’s results with others who are interested.

At worst, we have some wonderful, committed Jewish professionals whose lives will have been made a bit easier and whose children will have been able to attend a Jewish high school. We consider that a success worth celebrating unto itself.