While listening to Michael Lewis’ 2020 audiobook, Playing to Win, I was struck by its relevance to our communal conversation vis-à-vis the cost-benefit analysis of Jewish education. The book served as a reminder that too often our conversation ignores, or irresponsibly takes for granted, the importance of yeshiva and day school education: It is a crown-jewel of the Jewish community and the greatest gift that we can offer our children. In my frequent conversations about day school affordability, we too often ignore day school’s irreplaceability. While it is important that we continue to creatively explore ways to make our schools less expensive, it is imperative that we also explore ways to make day school more appealing. The choice, if it can even be categorized as such for the majority of Jewish-American families, to not send to day school is as much about its import as it is about its cost.

Playing to Win chronicles Lewis’s late daughter Dixie’s career as a youth softball player. In vivid detail, he describes the commitment, competitiveness and compulsivity necessary to succeed in this booming industry. While Lewis raises attention to several problematic aspects of contemporary youth sports, one in particular caught my attention: the financial sacrifice necessary to sustain and support a budding athlete. Families invest tens of thousands of dollars, annually, into traveling sports leagues. Citing a particularly jarring statistic, Lewis notes that 77% of American parents report that the costs of their children’s sports lives have forced them to alter their financial plans. Perhaps even more jarring, 25% have assumed bank or credit card debt to support this hobby.

I listened to this short book (available exclusively on Audible) over the course of two days, pausing amidst a discussion of the broader $70 billion youth sports industry only to resume my regularly scheduled day as a head of school. It is, perhaps, unsurprising that I found a conversation about the exorbitant costs of youth activities particularly relevant. My return to reality was filled with comparable conversations. I would hypothesize that the 77% number referenced above falls short of the number of our families who have had to alter their financial plans to support a Jewish education for their children. To borrow Lewis’ phrase, it is nothing short of absurd.

The book was in the forefront on my mind when a close friend and school board member serendipitously sent me a recent shiur by Rabbi Jeremy Wieder: “Our Communal Responsibilities and Our Responsibilities Towards Our Community.” In it, Rabbi Wieder bemoans the high cost of Jewish life in contemporary America. Much like Lewis, he describes commitment, competitiveness and compulsivity. He suggests that to live in the Modern Orthodox world today, a family income must be at least $300,000 (which according to investopedia.com is in the top 5% of US families). Rabbi Wieder painfully describes families breaking down at the financial burdens incurred by these costs. He suggests, too, that the cost of Jewish life is a considerable factor in the disturbing trend of people leaving Modern Orthodoxy. (A recent Pew poll suggested that 1 out of every 3 people raised in Orthodoxy will leave it in adulthood.)

It is fascinating to assess these two phenomena, youth sports and Jewish schools, concurrently. Both are sources of major financial strain, incurred by parents in the name of their child’s success. Both are accepted as irreplaceable, and completely unequaled, by their adherents. Both seem to be, somehow, simultaneously inevitable and unsustainable.

Rabbi Wieder fears for the unsustainability, and offers suggestions for more long-term viability. He suggests that the long-term continuity of Jewish day schools must rely on communal support. Families must be able to stretch their payments over longer periods of time, or active families without day school aged children must incur some of the cost. He cites traditional sources to demonstrate that this is in line with the rabbinic vision of Jewish education. However, through it all, Rabbi Wieder devotes no significant time to celebrating day schools’ value proposition. Though he may take it for granted, it ought to be named explicitly. Many day schools publish documents outlining their affordability plan. These must be paired with documents outlining our impact on children and on the broader community.

While I sympathize with Rabbi Wieder’s concerns, and I am intrigued by his suggested interventions, I think he, as well as so many others, fail to address a major issue. For the large majority of Jewish American families, the choice to send to public school is not simply about affordability, it’s about worth. Even if these families can afford Jewish schooling, or the schools offer flexible tuition models, they will still choose to not attend because it does not seem worthwhile. Perhaps our focus on affordability has eclipsed a more basic conversation about importance. Conversations about day school affordability must never come at the expense of conversations about day school value. This is certainly not meant to avoid the pressing financial questions; however, it is meant to frame them appropriately.

A recent report by Prizmah suggested that the large majority of families who transferred into day schools as a result of the pandemic decided to reenroll even as public schools reopened. Why? Because by becoming a part of the day school community they were able to comprehend, and experience firsthand, its value-add. To be certain, the number one reason that families chose not to reenroll (even if they were in the minority) was because of financial strains. Rabbi Wieder is right in suggesting we need to creatively reimagine day school tuition. But this creative reimagination must always be framed by support for, and belief in, our day schools.

Data are unequivocal about the impact of day school education. The Pew report describes a glaring gap between the Hebrew skills of day school and non-day school graduates. Beyond Hebrew and Judaic studies, a 2007 study “What Difference Does Day School Make?” reports that students at Jewish day school feel more engaged and challenged academically than their peers in public schools. Yet the impact goes beyond academic success. The same study showed that graduates of Jewish day schools are up to three times as likely to pursue a career in Jewish education as publicly schooled children. Day school graduates are 50% more likely to say that being Jewish is “very” or “extremely” important to them. Our continuity, quite literally, depends on the success of day schools. While many in our field take this for granted, it is hardly the consensus opinion of American Jewry.

Sharon Freundel articulates powerfully how the Jewish day school experience goes beyond basic, quantifiable numbers. Day schools help our students discover their passions and give them the tools to pursue that passion. Day schools give our students access to an ancient enduring language. Day schools invite our students into a constant, lifelong relationship with God.

Keeping Sight of Our Worth

Perhaps parenthetically, though I believe equally crucial, I fear that Rabbi Wieder also fails to properly celebrate the amount of funds schools currently devote to affordability. (Note: Many schools, including mine, are eschewing the term tuition assistance in favor of more neutral terms such as flexible tuition. We’re not “assisting” those who cannot pay the exorbitant fees, we’re creating a model that sustains schools and supports families.) According to NAIS records, day schools allocate over $5,000 per student in aid. At all schools where I have worked, roughly 25% of our budget has been allocated to supporting families who cannot afford full tuition. Though the system is imperfect, obsession on affordability has eclipsed our vision of day schools as a whole, and we’ve lost the forest for the trees.

Lewis’s whole book seems to be leading to a complete lambasting of the youth sports industry. Yet the book concludes with Lewis standing on a college softball field with his daughter, who sees the immeasurable value of this journey.

I had a list in my mind of all the things Dixie had sacrificed to get here. As we carved a big circle around the empty field, I read from it: vacations, school dances, weekend parties and on and on. Roughly 10,000 hours that she might have spent with her friends, she’d spent with me or her mother on the road. She’d paid such a price, I thought. She’d forgone a life of ease and comfort for a life of sweat and toil. She listened to me as I listed all the things she’d missed. But when I looked over, she was still smiling. “Yea,” she said when I finished, “but look where it got me.”

As we run through our list of the sacrifices we have to make, and as still we work to limit or eliminate those sacrifices, let us never forget the smiling voice reminding us of its unmatched worth. 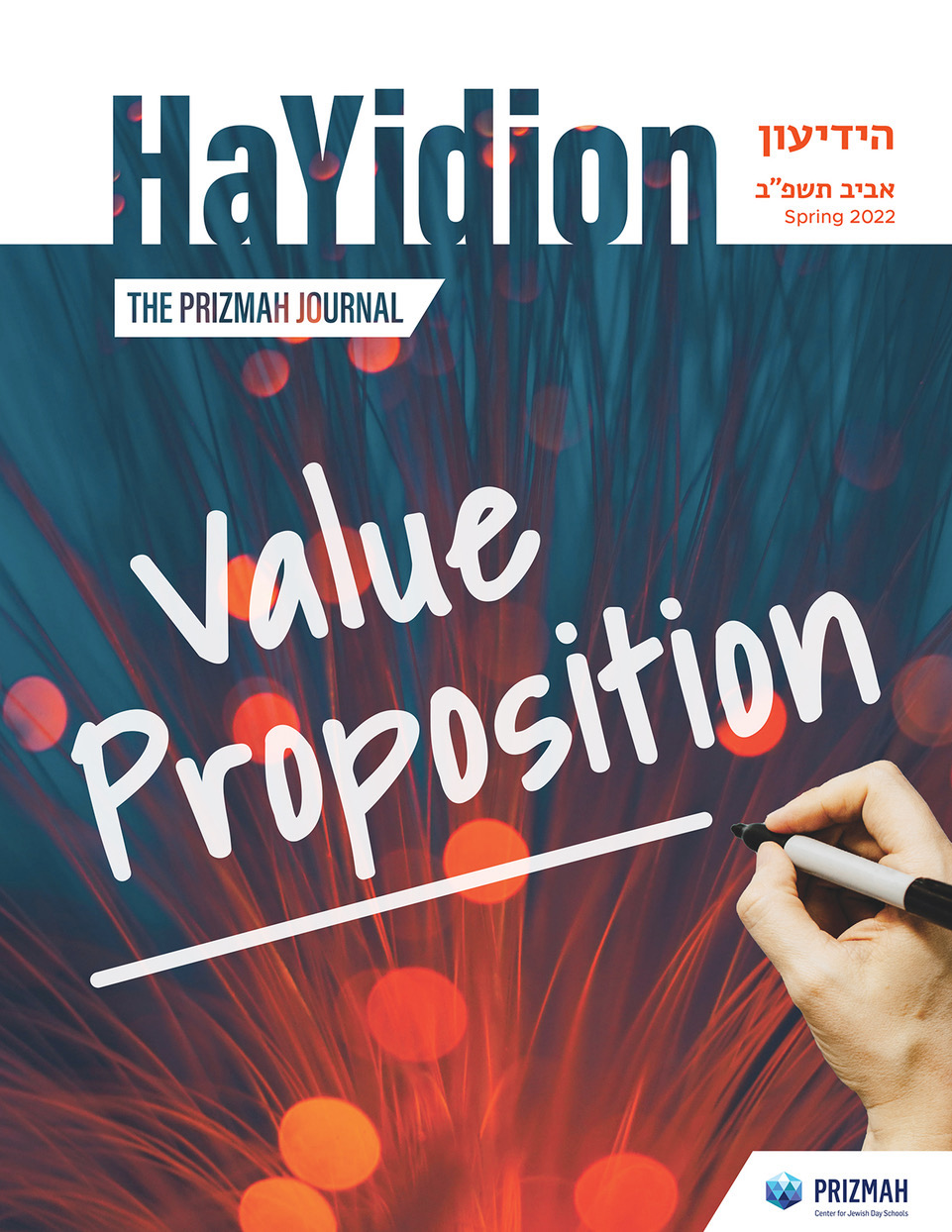