Toss in the word “Jewish” and in 0.29 seconds, Google delivers 7,680,000 results to your desktop. Add in online communities, virtual communities, wikis, social networking sites and chat groups and the numbers would rise astronomically. Yet I would wager that all of us frequently say “Ours is a community day school” as a statement of self-definition, and expect and generally find that people understand exactly what we are trying to convey.

The articles in this issue examine community from many different perspectives, and range from the highly theoretical to the eminently pragmatic. Thus everyone in the RAVSAK community should find them, yet again, of great value. There are several I myself intend to copy and distribute to members of my school community. But I believe that this issue has an even more important role to play in that it asks us to grapple with the rapidly and radically altered nature of Jewish society in the second decade of the 21st century. As such, I would like to place it in the context of the update of the famous study “Will Your Grandchildren Be Jewish?” by statisticians Antony Gordon and Richard Horowitz.

Four short years ago, they wrote: “The American Jewish community is now at a critical crossroads. There is finally a dawning recognition that Jewish continuity and survival cannot be sustained in what has been an American lifestyle devoid of serious Jewish education and Jewish living. … However, we now have the data and studies to know that children who are left without an education leading to deep Jewish beliefs and practices have little chance of having Jewish descendants.”

As members and supporters of RAVSAK, the Jewish Community Day School Network, it is essential that we understand the meaning and nuances of this aspect of our name and our position, so that, as the nature of community changes, we are steadfast in assuring that the education we offer to the children of our community is always relevant, meaningful and impactful. ♦

Dr. Barbara Davisis the Secretary of RAVSAK, Executive Editor of HaYidion and Head of School at the Syracuse Hebrew Day School in Dewitt, NY. Barbara can be reached at shds@twcny.rr.com. 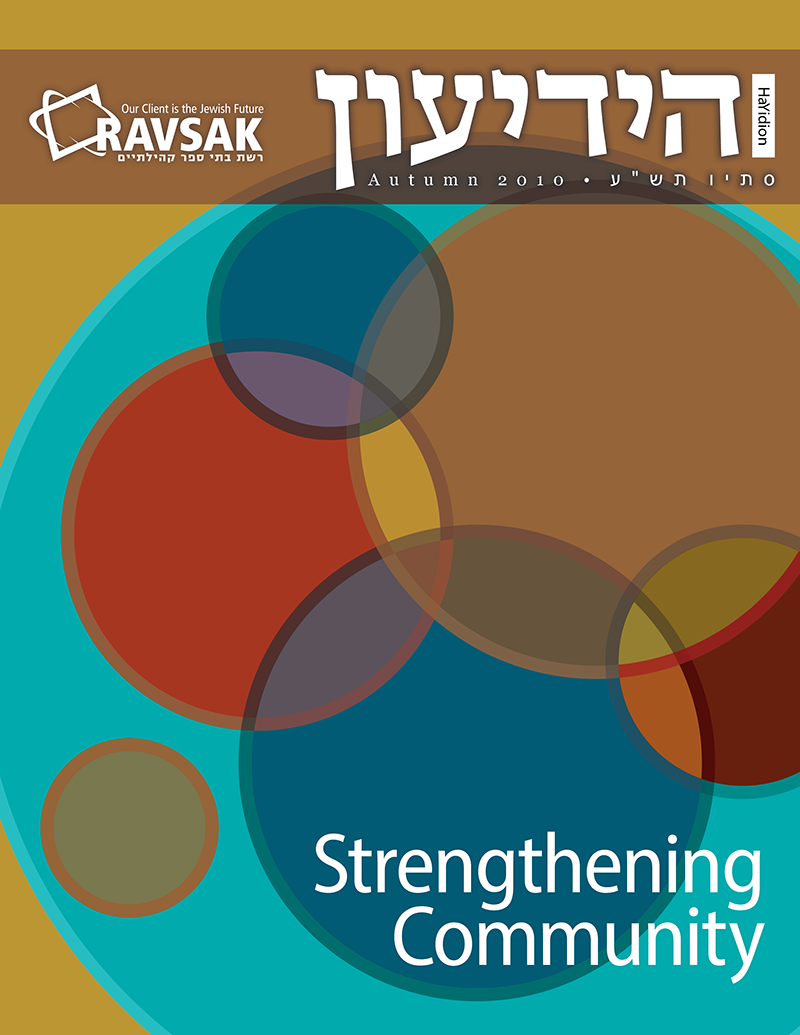