What Can Schools Learn from Summer Camps About Special Education?

At the heart of the matter, it comes down to this: for the best camps, the success is in Jewish community building.

What is it that draws the conversation to camp success? First, there is a growing awareness of Jewish camps and the powerful Jewish impact these programs are making on campers. Second, we must consider contributing factors like setting (rural and beautiful), time of year (summer) and access to national resources for both staff and programs. However, at the heart of the matter, it comes down to this: for the best camps, the success is in Jewish community building. Supporting that community are strong friendships, joyful Jewish living through song, dance, arts, and athletic challenge, peer-led programming and religious expression as well as engagement with Israeli peers as fellow campers and staff members.

Is there a niche in this world for the special needs camper, and is anything transferable to the year-round school setting?

How does Camp Ramah in Wisconsin build community? Who is included in the community? Former Tikvah counselor Adam Broms explains:

Campers in Tikvah often have a hard time fitting in at home, may not have many friends, and are seldom given the chance to fully develop socially or Jewishly. At camp, Tikvah provides a safe space for them to feel accepted, develop friendships and explore Judaism in ways they cannot elsewhere. Tikvah gives campers individual attention to develop their social and vocational skills while integrating them into the broader camp community.

The program highlights a very important value: that each individual has something to learn and contribute, and that every individual should have an opportunity for that discovery and expression.

As a Tikvah staff member for three years, I experienced first-hand the power of this incredible program. Facilitating these experiences provided me an opportunity for my own discovery. The program encouraged me to rethink my approach to communication and collaboration. I pushed myself to find alternative methods for group development and new approaches to problem solving. My experience became not just about my campers’ growth, but also about my own.

The impact is felt around the camp and well beyond the end of the summer season. As one example, Tikvah at Camp Ramah in Wisconsin pairs 10th graders with Tikvah campers for an entire summer. These chaveirim spend time together, play games, take walks, and create long-term friendships that are fundamental to a camper’s social development. One participant in the chaveirim program said to me, “I originally thought that Tikvah was about working with people with different disabilities, but I realize that it is really just hanging out with people with different personalities.”

This idea is affirmed by a father of a Tikvah camper:

Our son said to us after the first week at camp that he never realized that this is what life could be like. There were actually people talking to him, coming up to him to ask him to do activities. He was finally in an environment that accepted him… One of the main skills Mitch learned at camp was how to develop a friendship. He had never really developed a real friendship with anyone at home. At camp he had many friends.

And by another parent:

The Tikvah and Atzmayim [vocational] programs have been life changing for my daughter and therefore life changing for me. They have been wonderful in establishing her Jewish identity, increasing her independent level of functioning and mostly giving her a social group and a sense of belonging with peers which she was missing and probably still would be missing if it weren’t for the Tikvah program.

What happens at Camp Ramah in Wisconsin that can translate to a school setting?

Educating typical students on how to interact with special needs peers, by:

The Machon (10th grade) and Tikvah campers get together twice a week for an hour as chaveirim. This one-on-one time has produced amazing results. Although much thought goes into the pairing, both the Machon and Tikvah campers are initially very hesitant. Tikvah staff members support the Machon chaveirim by meeting with them for an hour each week for “Machon enrichment,” allowing them to ask questions about their Tikvah chaveirim in a safe and nonjudgmental atmosphere as concerns come up. The chaveirim hear things like “I want to be your girlfriend” and “Can I live in your cabin?” The Tikvah staff members provide suggestions on interacting with teens with special needs and lead sessions including:

While everything is done to provide a level of comfort, Machon campers are not required to work with Tikvah campers. One interesting observation about this partnership: it is not uncommon to have one or two Machon campers who don’t always follow all the rules of camp or listen to their counselors. Yet when they interact with Tikvah peers, they display appropriate and respectful behavior.

I thought they (Tikvah campers) were really different but they are more like us than different.

I initially thought I would be helping my Tikvah chaveirah the most. But I think I learned more than she did.

My experience with Tikvah made my summer.

Our aim is to teach sensitivity, respect and that each person is created betzelem Elokim, in the image of G-d. We have also created an inclusive community where it is not acceptable for a typical camper to bully a camper from Tikvah. The typical campers tend to monitor each other so Tikvah kids are not pushed aside.

Outside of the chaveirim program, tenth grade campers may elect to work in a less intensive but still rewarding way with Tikvah campers during tefillot (morning services), swimming or sports. Tikvah and the tenth graders also partner to put on a lunch theater production. They write the script together and the tenth graders help campers in the Tikvah program learn their lines.

These two divisions also put on a musical together in Hebrew for the whole camp. Although most Tikvah campers are in the chorus, several Tikvah campers have sizable parts every summer. Finally, select Tikvah campers go with Machon on their five-day field trip.

Machon campers are not hindered by their interactions with campers from the Tikvah program. They enjoy their own full schedule of educational and recreational activities. The Tikvah campers who accompany Machon on their trip are chosen by their ability to fit in and not hold the group back. Tikvah campers who have lead roles in the Hebrew musical are prepared for their performance, and a Tikvah camper who is chosen to lead tefillot for Machon or for the entire camp will meet the same high standards as other campers.

A reflection on the Tikvah staff experience by Lilli Flink:

Working as a counselor in the Tikvah program has been extremely rewarding and challenging for many reasons. For two months straight, I eat, sleep, and breathe special needs kids. My job tests my patience, but also makes me laugh harder than anything else. My campers struggle with behavioral and social disorders that inhibit them on a day-to-day basis, on both the individual and interpersonal levels. At camp, the Tikvah staff works to create a supportive, warm environment for our campers to succeed, cultivate positive relationships, and work towards individualized goals. These kids are infinitely more than what they look like on paper or at first glance. They are extremely talented; some are geniuses, some trivia fiends, and others amazing artists and singers. As a part of the Tikvah program, my campers are not defined by what they cannot.

Being a Tikvah counselor has simultaneously tested my patience and forced me to re-imagine the hidden and oft-overlooked potential of adolescents with special needs. By leaving my comfort zone to create a magically positive and influential atmosphere like the one at camp, I have seen Tikvah campers create friendships with typical adolescents that outlast the eight weeks of camp. It is truly a highlight to watch these bonds develop and enable our campers to take advantage of the opportunities that Ramah offers. ♦

Rabbi David Soloff is Executive Director of Camp Ramah in Wisconsin. He can be reached at dsoloff@ramahwisconsin.com.

Ralph Schwartz has directed the Tikvah Program of Camp Ramah in Wisconsin since 2006 and works as a social worker at Daniel Webster Middle School in Waukegan, Illinois. He can be reached at rschwartz10@gmail.com.

Linda Hoffenberg is Director of Institutional Advancement at Camp Ramah in Wisconsin. She can be reached at lhoffenberg@ramahwisconsin.com. 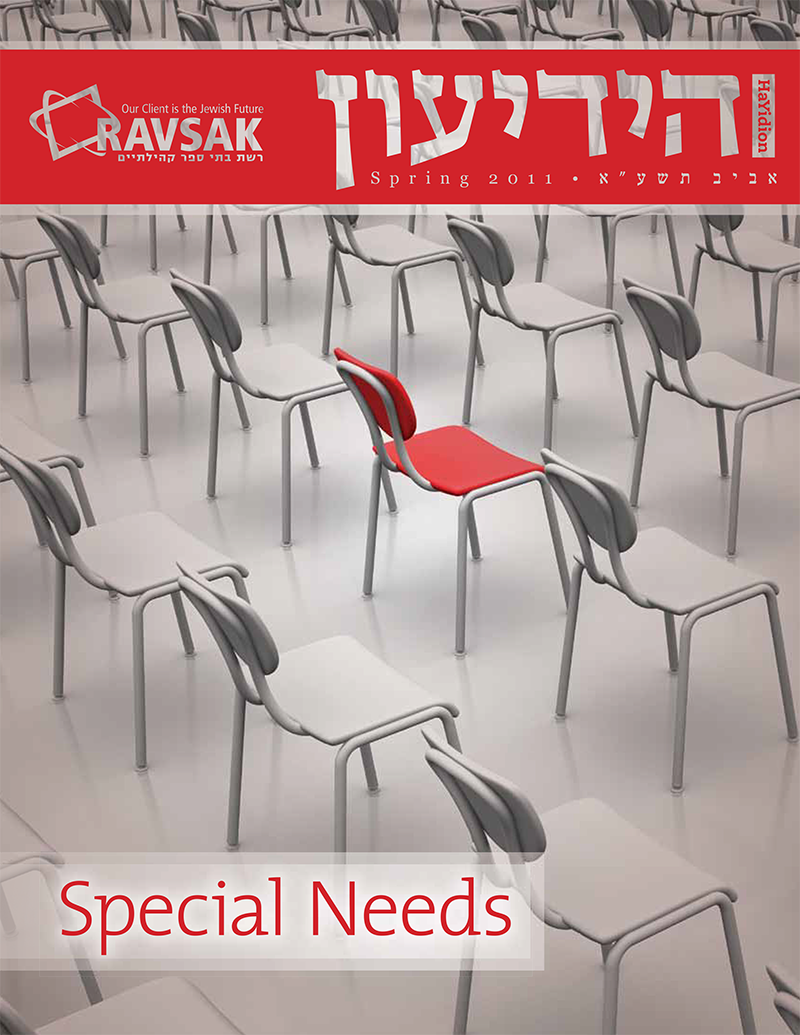