A significant number of Jewish day schools seem to be hearing a similar voice. Only this one is whispering, “If you lower tuition, they will come.” Convinced that cuts in tuition will drive enrollment and help fill empty seats, individual day schools continue to experiment with a variety of non needs-based price reductions. Most of these programs offer free or heavily reduced tuition for both new and existing families in certain grades. Some offer significant tuition reductions for new families only. The primarily objectives of both approaches is the same: fill empty seats and retain existing families. Some schools posit that their net tuition revenue will increase if enough empty seats are filled. Some schools seek a large donor to fund the difference between the old and new (lower) tuition. Many schools assume that their full-paying families will voluntarily contribute, on a tax-deductible basis, the difference between the old and new (lower) tuition.

Having examined many of the non-needs based tuition reduction programs across the country, we have concluded that very few of the programs have led to meaningful increases in enrollment. Furthermore, in the rare cases where a school or community of schools saw a material increase in enrollment, the lower tuition levels were rarely sustainable beyond a few years. The schools were invariably forced to raise tuition at above average rates in the ensuing years. In addition, schools which presumed a high level of voluntary contributions from full-paying families were usually disappointed in the results. One California Jewish day school reports that in the very first year of its tuition reduction program, full-paying parents have contributed only 40% of the amount that the school projected. Other schools report that even where existing, full-pay families initially contribute as projected, new families do not. They theorize that they lack collective memory and are less inclined to contribute beyond the lower, obligatory tuition levels. The lower tuition becomes, in effect, the new normal.

To be fair, many non-needs based tuition reduction programs are either in their infancy or were simply not planned to last more than a year or two. In 2012, Milwaukee Jewish Day School announced a donor-funded program under which new students entering grades 1 -7 for the 2012-13 school year would have their first year tuition completely subsidized. The school believes the free tuition was responsible for a meaningful increase in its entering kindergarten class for the 2012-13 school year. The school discontinued the program after the initial year and reports that the entering kindergarten class for 2013-14 saw a decline in enrollment. Unfortunately, the school discontinued the program after the initial year.

Similarly, two Jewish day schools in Pittsburgh have, for several years now, offered a free year of tuition for grades 2 and up. Their goal was to attract transfer students to their schools. Supported by a $50,000 marketing budget, the schools picked up 11 transfer students in the first year of the program. In year two, the school was unable to provide marketing support for the program. They picked up just 4 transfer students. While the transfer program still exists, it appears that the enrollment gains are now minimal. Might the schools in these two examples have seen continued enrollment growth had they continued their full support of these programs? While we don’t know for sure, we remain circumspect.

Another community-level program bear mentioning. A decade ago, Cleveland’s Agnon and Gross Schechter schools dramatically reduced their tuitions. The schools, encouraged and funded by Cleveland’s Federation, believed that lower tuition would drive enrollment and posited that full payers would continue to contribute back the tuition differential. Enrollment did indeed grow approximately 20% in the early years of the program, but much of the enrollment growth came from families who needed very high levels of scholarship. Nothwithstanding a meaningful increase in enrollment, net tuition revenue may actually have declined. Within several years of the Cleveland program, voluntary contributions also declined as collective memory faded and the great recession set in. As a result, both schools have now taken above average tuition increases over the past few years.

The varied enrollment gains and the certain financial challenges in sustaining these tuition programs should come as no surprise. Measuring Success’s Sacha Litman has long argued that day school enrollment is driven not by price but rather by perceived value among parents. In other words, schools which have high perceived parental value tend to fill up, regardless of price. Those with low perceived value, simply don’t. In an analysis of enrollment at 200 schools, both Jewish day schools and non-Jewish independent schools, in the years before and after the 2008 recession, no relationship was found between tuition changes and enrollment.

In spite of our doubts regarding non-needs based tuition cuts, we are more optimistic about the potential for increased enrollment from both income cap and flexible or indexed tuition programs. These are needs-based programs which aim to drive day school enrollment by creating a unique tuition level for each eligible family. Under the income cap approach, tuition is “capped” at a certain percentage of a family’s pre-tax income. This percentage typically ranges between 10% and 18%. Income cap programs generally target middle and upper middle income families with multiple children in day school. When executed properly, income cap programs enable families to accurately predict their tuition over a long term horizon.

Flexible or indexed tuition programs can change the language of discourse around tuition and can help even the financial playing field. While lower rates of tuition are still offered to all but the wealthiest of families, the term “scholarship” is eschewed in favor of the term “flexible tuition.” Advocates of such an approach argue that accessibility increases when the term “scholarship” is replaced by “flexible tuition” or “indexed tuition.” In addition to AVI CHAI’s own middle income pilot program, two large modern orthodox day schools, The Maimonides School in Boston and The Moriah School in Englewood, NJ, recently announced middle income programs. Both programs are self-funded by the schools and both schools report positive communal response to the programs. It remains to be seen whether the tuition discounts provided under the program will actually lead to improved retention and/or enrollment growth.

We understand why schools are tempted to lower their tuitions. Many assume that day school demand is elastic and enrollment will increase as price comes down. But a family’s decision to enroll their child in a Jewish day school cannot be reduced to an elasticity of demand or price curve. As Litman says, it’s all about perceived value. And perceived value is likely to be impacted by variables more important than price—quality, location, competition etc.

While the new, needs-based tuition models such as income caps and flexible or indexed tuition offer much promise, we must wait to see whether they will succeed in getting more middle income families to try a Jewish day school. One thing seems virtually certain. Across the board, non-needs based tuition cuts do very little to drive enrollment. In other words, lowering tuition alone won’t make them come.

Daniel Perla is a program officer in day school finance at the AVI CHAI Foundation. dperla@avichaina.org 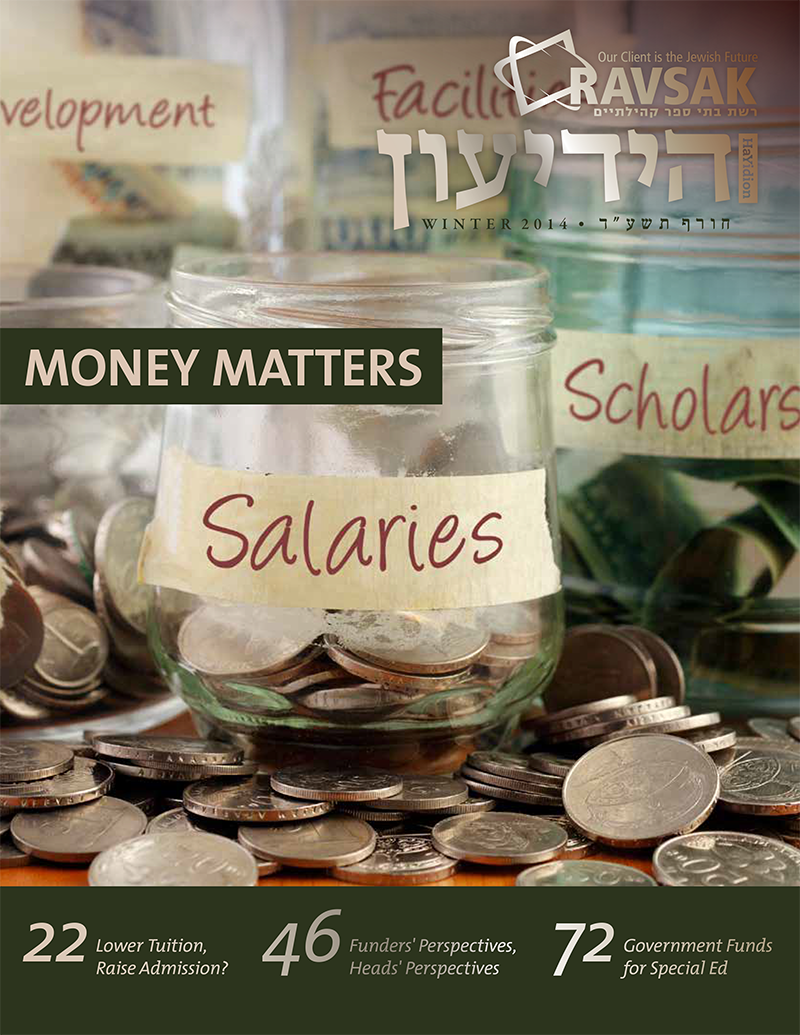