Given the limited classroom time available for teaching Tanakh, school administrators and teachers must make a choice about how to divide their time. Should we focus on breadth of knowledge, having students cover a large amount of material? Or perhaps classroom time should be devoted to depth of knowledge, focusing on deepening the understanding of a limited number of chapters and stories?

In recent years, more and more emphasis has been put on ensuring that students have the opportunity to develop a deeper understanding of their studies. This is certainly true in Israel, where the national Bible curriculum for religious schools has slowly been phasing out their beki’ut (proficiency, or literacy) requirements, in tandem with an increase in the chapters of Bible that are to be studied be’iyun (with in-depth analysis).

While in-depth study is certainly welcome, it comes at a price. Without broad knowledge of the stories of the Bible, our students will remain functionally illiterate in the foundational texts of Judaism, and, indeed, of Western society.

Joshua and the collapsing walls of Jericho. Samson bringing the house down on the Philistines. Saul searching for his donkeys… and discovering that he is king. David and Goliath in battle. David playing madman to escape the wrath of Saul. Saul turning to the witch of Endor for a bit of necromancy. King David defending his throne against his rebellious children. Solomon building the first Temple. The division of Israel into a northern kingdom and a southern kingdom. Elijah riding a chariot to heaven. Elisha splitting the Jordan River. The exile of the 10 tribes. Destruction of the Temple. The murder of Gedaliah. King Cyrus’ decree inviting the Jews to return to their land and build their Temple. The challenge of intermarriage in the early Second Temple period.

Can they answer the following trivia question:

Four characters in Nevi’im Rishonim commit suicide, each one to a different one of the four capital punishments of the Bible. Can you name these four characters and their means of suicide? (See end of article for answers.)

A Jewish Great Books curriculum would certainly include every one of the books of the Bible, but all too often the idea of making our students knowledgeable about the stories in Navi remains a challenge in an age when reading is no longer fun-damental. If only there were a way to engage them in learning these stories in a framework where they feel comfortable and involved.

This is where Digital Game-Based Learning (DGBL) comes in. DGBL is an instructional approach that emphasizes engagement with educational content using techniques commonly found in successful commercial digital games. What if studying a perek of Navi was transformed from reading and decoding text to having the option to have it read aloud on a phone app, to answer questions and receive reward points and to connect it with contemporary, modern-day applications? What if my participation was a virtual color-war competition with other day schools in my community or around the country?

These questions began as theoretical ones, but when challenged by Israel’s Ministry of Education to create a program to teach middle school students 170 Bible chapters over the course of seven months, Herzog College responded by developing an app that has been launched in Israel in 142 schools, encompassing 6,000 students.

The smartphone app that was developed, Hayyinu KeHolmim (“We were as Dreamers” play.hatanakh.com), contains a single unit on each chapter, divided into micro-units that include:

The idea was to familiarize students with a broad overview of biblical narrative by means of engagement with the text, summary and quizzes, while helping them personalize it and make it meaningful to their lives through stories and ideas.

Each unit takes about 5-10 minutes for a student to complete. Answering questions and completing the unit accrues points for the student and his or her school. These points can lead to prizes for students and placement among schools in a national competition.

Several different elements of DGBL were built into this pilot project in order to make it attractive to school-age students:

Games that are fun to play significantly improve learning performance. When students have fun, the learning pressure dissipates, allowing them to freely define and modify their strategies.

The competitive elements of a game are generally not found in traditional learning methods like a classroom lecture or discussion. Competition provides motivation to students/players to engage and finish an activity. It doesn’t need to be against another participant. It could also be attempting to bag the highest score possible or outdoing one’s self every time.

Rewards aid in the learning process by keeping the participant invested and coming back for more. This fosters a continuous learning process for the student/player, as each learning objective is tied to a series of challenges. Goals and their corresponding rewards can be built in stages and set according to difficulty.

Research on learning and behavior shows that students learn faster when there’s a shorter interval between behavior and reinforcer. It would be less discouraging for students to learn their mistakes right away than seeing a red mark on paper assessments a few days later. Feedback in a game context is instantaneous, and scoring can be standardized to allow comparisons.

While developing the Hayyinu keHolmim app, in the course of its launch and at the end of the pilot period, the development team at Herzog College was involved with three related research initiatives:

1. A focus group of students played a role throughout the development of the app, offering real-time feedback and direction.

2. A follow-up survey questionnaire was prepared and sent to both participating students and their teachers.

3. A qualitative research initiative was carried out, involving a series of personal interviews with students who had participated in the program.

The various studies concluded that introducing the app—a combination of a mobile platform with bite-size units, interdisciplinary content and gamification—led to an increase in student performance.

Among the study’s findings:

More than a third of the students reported opening the app and studying the chapter every day. More than half reported doing so at least two or three times a week.

Almost two-thirds reported that the reason they kept returning to the app was because it was a pleasurable educational experience.

More than half or the students reported that their favorite parts were the various online quizzes.

As a point of interest, the program’s success in Israel has made it into something of a worldwide phenomenon. When school leaders from Latin America were exposed to the Hayyinu keHolmim app during their visits to Israel, they asked for sample units to pilot with their own students. Today, with funding from Israel’s Ministry of Diaspora Affairs, the project has been translated into Spanish and adapted for use in Latin America, where it has been launched in several schools in a number of different countries. (There has been no funding so far for an English translation.)

One of the great challenges for Jewish studies programs in North American day schools is that for reasons of scale, curricular support materials for Jewish text study cannot compare to those that are available for parallel general studies subjects. DGBL apps like Hayyinu keHolmim are tools that have the potential to fill at least a small part of that lacuna. 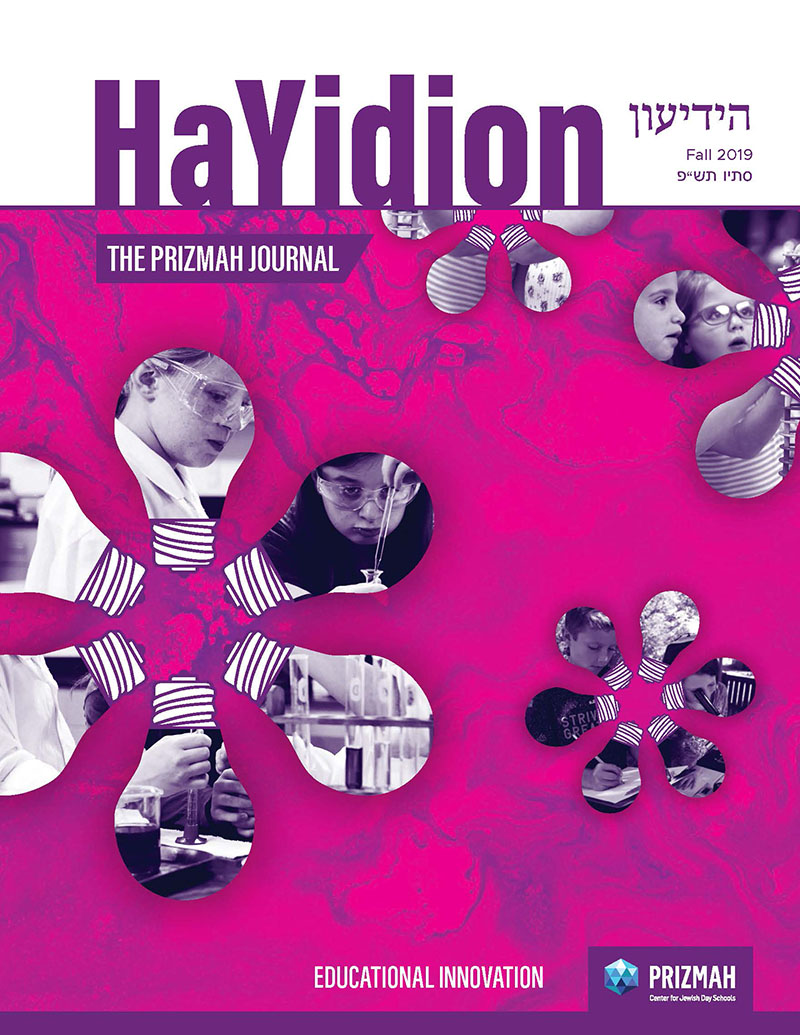