“Color” in the Jewish Community: A Matter of Perspective

I have met many Jews of Color who feel strongly that skin color should not be used as a means of defining their primary identity.

What is most interesting, to me, about working with Jews of Color, is that for many Jews of darker skin tone, differences in “Color” are not an issue. Through participant discussions at our various workshops and correspondence, I have found many Jews of Color who refuse to identify themselves around the color of their skin due to a feeling that doing so would represent a misplaced notion among Jewry. I have met many Jews of Color who feel strongly that skin color should not be used as a means of defining their primary identity because it describes their physicality and not their spiritual affinity, which is what makes them Jews. In fact, many have posited that one role that Jews of dark skin tone can play in the Jewish community is to remind the Jewish people, as a whole, that it is not the exterior that makes the Jew, but the internal spirit, and the content of the Jewish character. Over the course of the last few years, since Ayecha’s formation, our members have discussed this topic and many others that relate to the understanding of “Color” in the Jewish community. In contrast to Jews of Color who avoid identifying by the racial aspect of their physicality, there have been others who have voiced feelings to the contrary. For these Jews, even though “Color” is not their primary identity, they would still like to create some positive identification with this aspect of their physical package to counteract the negative stereotypes and misinformation that exist around color in American society and, at times, inform social interactions between Jews of different racial backgrounds in the Jewish community.

Stereotypes and prejudices that exist within the United States, regarding various racial, ethnic and cultural groups, have been damaging to American society as a whole, but are particularly virulent when brought into the communal interactions of the Jewish community.

Unfortunately, it is often the misinformation that exists around “color” in the Jewish community that presents the strongest need for an organization like Ayecha. Mistaken assumptions around Jews having a monolithic racial identity, that is chiefly “White” and European, can lead to situations where Jews with dark skin tone, including those from the Middle East and North Africa, are considered to be other than “normal” or “standard” Jews. Mistaken assumptions around Jewish identity can also lead to situations where Jews with dark skin are blanketly assumed to be converts and where instead of being celebrated as an aspect of mainstream Jewishness, they become exotified, strange, curiosities that remain outside of definitions for normalized Judaism.

Stereotypes and prejudices that exist within the United States, regarding various racial, ethnic and cultural groups, have been damaging to American society as a whole, but are particularly virulent when brought into the communal interactions of the Jewish community. Jews rely on each other for community in countless ways that bring people together around food, prayer, observance of holidays, and the celebration of Jewish life.When we buy into prejudices, it plants hurtful separations in the places where our religion naturally provides us with community and contributes to a deep level of isolation that is akin to being separated from one’s family. The entire community is robbed when we allow the supposed boundaries of “color” to keep us from making deep and meaningful relationships with each other.

Even though Ayecha has had the pleasure of celebrating the warmth and welcome that many Jews of Color have found in a variety of Jewish communities, both in Israel and the United States, each shared instance of difficulty presents us with the challenge of making welcome, integration and retention in the Jewish community a reality for all of us. As an organization, Ayecha hopes to improve our community by offering Jews a safe “space” to talk about their experiences with “color” and explore what has worked well in the past and what needs to be fixed for the future. Individuals who join our organization, regardless of color, can both contribute to and learn from discussions, programs and activities that stand to move us forward in our communal acceptance of difference. Ayecha is an organization that poses a question: “Where do you stand?” Our commentaries teach us that G-d asked this question of Adam, after the sin of the Tree of Knowledge, not to find his physical location but to inspire his introspection on where he stood within his purpose for being created. As Jews, we are a people with tremendous potential to give praise to our Creator through our harmonious representation of the diversity of our world. I have often asked participants in our workshops to imagine for a moment the look, feel and sound of a moment when all the Jews who currently exist in the world are gathered together in one location. With all the different languages and customs, there would still be one word for G-d and one word for our people, “Yisrael.” For those who are already standing in the Garden of Eden, the question “Ayecha” is moot. But for those who have the courage to look out into an imperfect world and see where their hands and perspectives can make a difference, the question becomes a call to action. ♦ 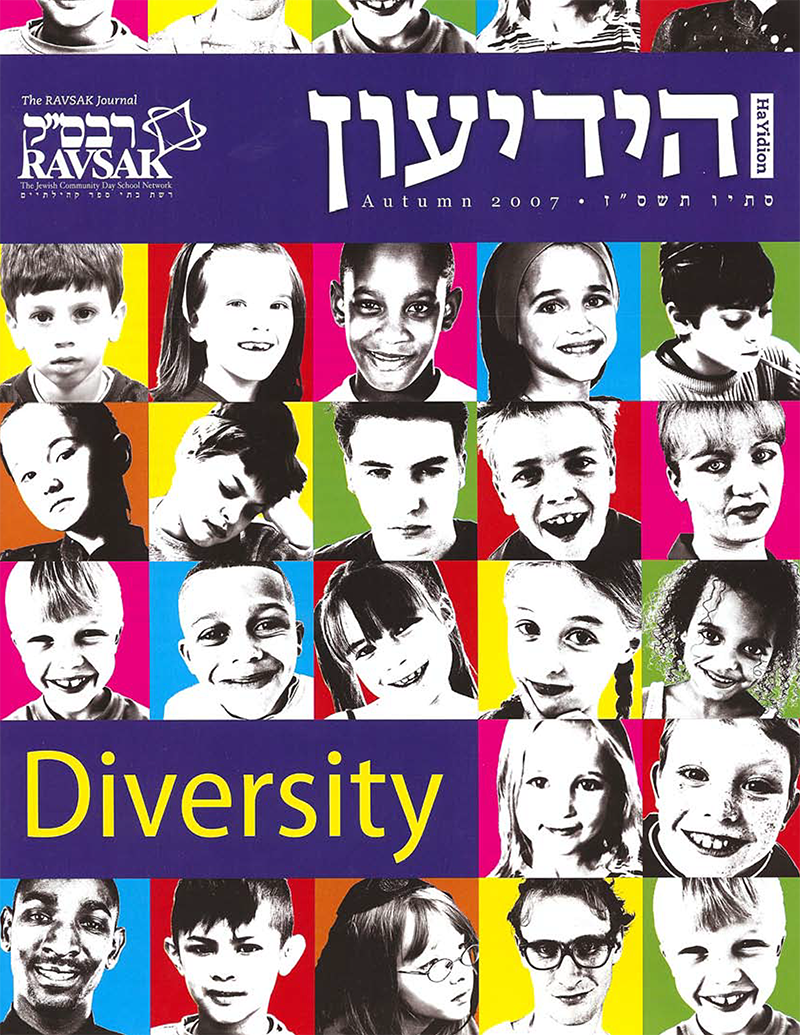