Jewish day schools are special, but they aren’t unicorns. Indeed, enrollment is driven by the same market forces that impact all consumer decisions. Perceived value is weighted against price. In short, affordability and enrollment are intrinsically linked.

When UJA Federation of Greater Toronto released its 2015 strategic plan, enrollment in Toronto’s non-Orthodox day schools had been shrinking for the better part of a decade. Driven by this harsh reality, the plan called for Federation to

“make Jewish [day school] education a key focus of this strategic plan in order that our educational infrastructure continues to strengthen our community into future generations. Our efforts will be concentrated on the issues of affordability, particularly for middle-income families, and increasing enrollment across the system.”

Over the past seven years, we adopted an iterative approach of research and pilots, testing pricing models to drive future affordability interventions. Among others, we tested penetration pricing, interest-free loans, capped tuition models and universal tuition drops. Most significantly, in 2017 we launched the TanenbaumCHAT Affordability Initiative at our community high school. The program was a universal tuition drop, reducing fees by nearly a third. To date, grade 9 enrollment has doubled, from 175 to 350 students. In 2021, we launched the Generations Trust Scholarships, an endowed tuition cap program for nine elementary schools, and have seen kindergarten enrollment increase by 14%, more than 100 students.

While the affordability equation requires schools to successfully ensure educational excellence, the pricing principles that affect families’ enrollment are key. We can have the best schools, but if families think that tuition is out of reach, they won’t enroll (or even inquire). Each community and each school is unique: Their target populations place value on education in different ways, the factors weighing on family’s choice of school and the alternatives they weigh differ, and the cost of living varies based on geography and other factors.

Notwithstanding these differences, we have found that there are common elements in creating effective pricing models.

The long line of sight. It’s hard on a child and hard on parents to switch schools midstream. When a family decides to enroll their child in kindergarten, they are looking not just at the coming one or two years but right through to middle school and later. Similarly, when families enroll a child in ninth grade, they are making a decision for all of high school. In considering the cost of Jewish day school education, families need to know that they are going to be able to afford tuition for as long as they choose to send their children to day school.

This has two important implications for scholarship programs. First, penetration pricing—reducing tuition for the first one, two or three years—alone doesn’t have a strong impact on enrollment, as parents start considering how to afford Grades 2–8 even before they enroll their children in kindergarten. Second, while we can continue to assess and adjust scholarships based on a family’s changing financial situation, parents evaluate their eligibility for scholarships multiple years in advance.

The unique psychology of middle-income families. Historically, most scholarship programs have targeted lower-income households. However, over the last 10 years, there has been significant growth in programs targeted at middle-income families. One particularity of this group is that in the rest of their lives, they are considered affluent. These families typically qualify for a mortgage, pay their shul dues, make a gift to their Federation’s annual campaign, and are likely in the top five to ten percent of earners. And yet, because of the cost of tuition, they must put out their hand to ask for help, often for the first time. The thought of asking for help is challenging, and too many don’t know where to start or how to ask.

To ameliorate this challenge, we have learned that it’s important to create a scholarship system that is simple to understand, quick to assess one’s eligibility, and easy to access. We have found that simple infographics, anonymous calculators to test eligibility, a streamlined application, and maintaining strict confidentiality are key strategies to encourage applications from middle-income families. 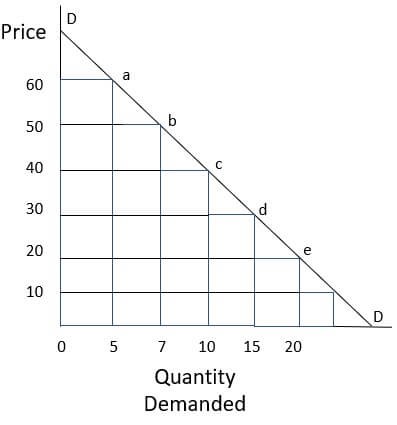 There is risk in playing with pricing. We’ve had much success in our most significant affordability initiatives. We’ve also failed forward multiple times. Tuition makes up the vast majority of a day school’s revenue and, while the benefits to families and to the school can be significant, it can be scary to tinker with the most important revenue stream for a school. Philanthropy can be a critical partner in offering risk capital, enabling traditionally conservative institutions to experiment.

It takes philanthropy, and it takes a Nachshon. Day schools are driven by generous philanthropy. This is certainly the case when it comes to affordability initiatives. Providing new scholarship funding, sheltering the school from financial risk and ensuring the long line of sight require significant philanthropic leaders who will be partners in bringing a shared vision to life. At the same time, from our experience, it requires a philanthropist to be the Nachshon, the first to jump in and lead the way for others to join. With early successes, or at least early learnings, it is easier for others to join the effort and keep moving the ball forward.

Stand on the shoulders of others. In 2014, when the Greenbook on Day School Financial Sustainability and Affordability was published, we could count the number of middle-income programs on two hands. Today, they have flourished across schools and communities. In Toronto, we have been fortunate to lean on other schools and communities who have done this work, learning from their successes and their challenges. We have found day school leaders to be remarkable and generous thought partners, eager to share their experiences and think through new situations. It’s worth the time to learn from each other.

Day schools are sitting on a high. Coming out of the pandemic, enrollment has grown in many schools, philanthropy is flowing, and perceived value is high. Given that affordability initiatives have a greater impact on enrollment when launched from a place of strength rather than a place of challenge, now is the moment to move the needle.