And What of the Children?

What should we be thinking as we prepare to go to synagogue this Saturday, this Shabbat, Sabbath morning? Should we...
By  Rivy Poupko Kletenik  /

Early childhood Jewish education classrooms are bubbling with exploration and learning—and not just the children. Within everyday practice, educators use...
By  Ilana Dvorin Friedman Sharon Goldman  /

Coming of Age in America: Do We Need a Civic Bar Mitzvah?

Using the Lessons of Our Gevurah During a Pandemic

Yom HaShoah ve-HaGevurah is Israel’s—and by extension the Jewish people’s—day of remembrance and commemoration for those murdered in the Shoah. Most people use the shorthand “Yom HaShoah” and don’t include, or perhaps even know, the second half. This is particularly interesting as the date was selected to fall a week after the start of the Warsaw Ghetto Uprising; gevurah, strength or heroism, was clearly on the mind of those who created this national holiday in Israel.

I too was among those who did not know the full name for many years. Then I discovered the stories of Jewish partisans and the gibborim, the heroes, became a core part of my teaching and my learning. These stories are now an integral part of my curriculum in multiple grades and in my wider teaching to Jewish and non-Jewish audiences about how to inspire upstanders.

It is vitally important that we never forget those who were murdered for no other reason than the facts of their birth. Their lives, cut short by the Nazis and their collaborators, deserve a permanent place in our consciousness. Recalling this dark and unimaginable time in history is absolutely necessary to continue the work of assuring that it does not continue to repeat. Not just for Jews—not for anyone. But while these memories and this commemoration remind us why we must be vigilant, it is the stories of the gevurah that teach us how to be vigilant, how to work together, how to stand up to tyranny and to hatred, to sacrifice for the good of the community, to withstand more than we thought we could and get up and do it again the next day. How to be an upstander even when we just want life to be “normal” again.

The Ladder of Gevurah
The Bielski Partisans, the Ghetto Fighters of Warsaw, The Jewish Avengers of Vilna—Abba Kovner, Vitka Kempner, Ruzka Korczak and their comrades—these are the big names that come up when we think about the Jewish heroes of the Shoah. But there are countless less well-known stories of men and women who decided “If I was going to die, I was going to die a fighter, not because I was a Jew” (in the words of Sonia Orbuch).

Some fought back without weapons. The amazing Oneg Shabbat archives that were recovered from the ruins of the Warsaw Ghetto are a testament to the wisdom of Emmanuel RIngleblum and his compatriots and of their bravery as well. And the information within the archive shows, in all too real detail, how people lived, and, far too often, died in the Ghetto. Acts of compassion, sacrifice and humanity, alongside “choiceless choices” that no one should ever have to make, show how these Jews dug deep into their reserves of gevurah and kept themselves and others alive as long as they could. It shows how they retained their humanity, their sanity, and their Jewishness in the face of overwhelming hatred and violence.

The Jewish Partisan Educational Foundation (JPEF) has a lesson called “Eight Degrees of Gevurah,” based on Rambam’s Ladder of Tzedakah. This lesson has students learn about how acts of gevurah are like acts of tzedakah and think about what particular acts would be equal to each of the eight rungs of Rambam’s ladder. This equating of the acts of Jews fighting both for their own lives and for the lives of all Jewish people to acts meant to help those with less than us or in difficult circumstances can serve to put the need for armed resistance into perspective. The highest level was embodied by Frank Blaichman, who provided arms and training to young Jews seeking to join partisans in the woods of Poland, Lithuania and Ukraine. Partisan groups only took those with a weapon that they knew how to use. Having weapons and training allowed them to form their own groups and not rely on the uncertain welcome of Soviet or Polish partisan groups.

Tuvia Bielski’s “family camp” allowed 1200+ Jews to walk out of the Naliboki Forest on July 8th 1944. The Bielskis did not know all the people they saved, but those saved all knew that it was Tuvia, and his brothers who were fighting with Soviet partisans, who allowed them to survive. This is step five on the ladder: the recipients know the identity of the giver but not vice versa.

Finding Gevurah in Others, and Ourselves
Today we are all “hunkered down” to some degree or other due to the COVID-19 pandemic. We are days, weeks, a month or more (I am on week five) into quarantine or “stay home, stay healthy” confinement in our homes. We are scared. We are facing an “enemy” that we know little about and is easily spread. We don’t know what news or advice to follow. We want to see our friends, our family, our students and colleagues. We face weeks of teaching remotely, questions about the school year and even next year. Our students are stressed and miss their friends, their routines and, though they may be loathe to admit it, their school and teachers.

How can we use the stories of these Jewish gevurah from the Shoah to help them cope? When I share these stories with my students, they often say, “But I could never do that!” My response is twofold: “God forbid you should ever have to know if you could do that,” and “You won’t know until you have to know what you are truly capable of doing.”

This pandemic is in no way equivalent to the challenges faced in the Shoah, but for our students it is most likely the first time they have felt truly unsure and scared about the future and about the ability of the adults in their lives to provide assurance and to “fix” things. Having them look around to find the acts of gevurah being performed is a way to have them focus on the good being done and the ways that they too can contribute to making everyone safer. Some examples are the healthcare workers and first responders who are working tirelessly, often without proper personal protective equipment; employees of stores and restaurants working, also often without masks and gloves, to be sure we can all eat and have the other necessities of life; neighbors reaching out to help each other; those shopping and caring for the elderly and infirm; businesses that have swapped out their production lines from making haute couture or just regular clothes to manufacturing masks and gowns for healthcare workers.

There are many other examples if we all look around (hint: teachers working hard to support their students emotionally and help them continue to learn and be engaged in the wider world). Be sure your students think about things that their family members have perhaps done to help make all the time together more enjoyable and create positive memories in this difficult time. You might have them write them out like the strips included in JPEF’s lesson plan and rank them according to degrees of gevurah. This focus on “the helpers,” as Mr. Roger’s called them, is a good way to reassure your students that positive things are happening and that people are working together to control the spread of COVID-19 and help those who are sick.

The memory of the perished reminds us to continue to work for a better world where anti-Semitism, racism, bigotry, and hatred of any kind have no home. The individual stories of those whose lives were terminated show us what was lost. They prove the Jewish teaching that “to destroy a life is to destroy an entire world” (Sanhedrin 37a). The actions of the gibborim prove the second half of this saying, “to save a life is considered by the Torah to have saved the entire world.”

Ghetto fighters, partisans and others who took up arms, or pens, or song to fight back against the Nazis were doing so to save the Jewish world. They were choosing to give their likely death meaning and importance, dying a fighter, not just because they were a Jew. Their acts of bravery should inspire us to likewise give our lives meaning and importance by working for the greater good of all humanity. May the memories of all those who perished, along with those who fought and survived and have since passed, be for a continued blessing as we work to inspire our students towards lives of meaning. 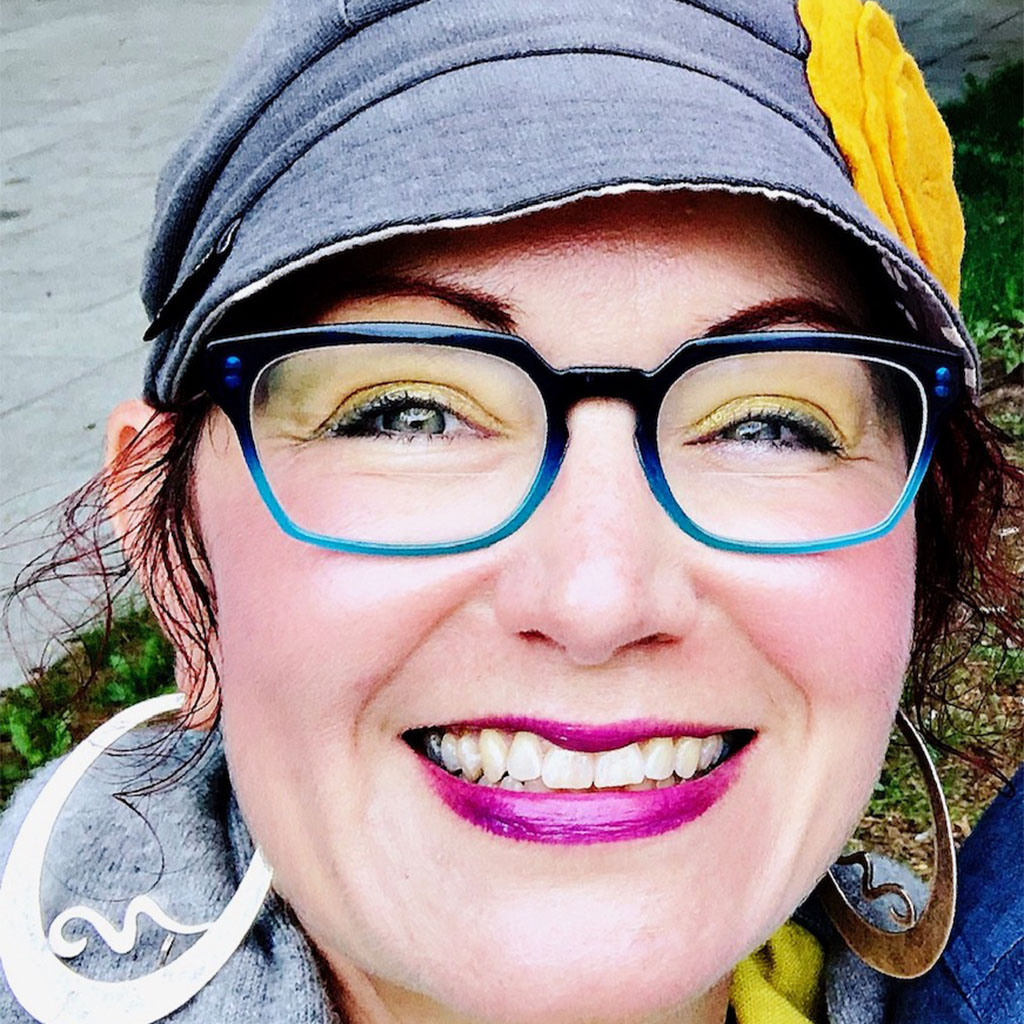 Nance Morris Adler is in her 15th year teaching Judaics, Jewish History and Social Studies at The Jewish Day School of Metropolitan Seattle. She is a Museum Teacher Fellow at the USHMM (MTF Cohort 2014) and a Powell Fellow at the Holocaust Center for Humanity in Seattle. She is the lead educator for We are Here! Foundation for Upstanders.