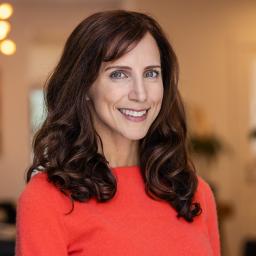 Lonnie is the founder and co-director of Exploring Black Narratives. She is a writer, interviewer, and theater educator. She is an ongoing writer for the Canvas Compendium on Jewish arts and culture, and she hosts a podcast called Places Everyone that explores how stage and screen artists develop their work.

Picture the Jewish community. What do you see? Whom do you see? Did you visualize Jews of Color (JoC)? Do...
By  Riki Robinson  /

Multiple Pathways on a Shared Journey

Over the past few years, Jewish day school and yeshiva leaders across the religious, political and geographic spectrum have committed...
By  Debra Shaffer Seeman  /

Theater study thrives on the double meaning of the word “play.” The act of inhabiting characters through words and movement is inherently lively, and an intuitive process for even the youngest classroom learners. As students encounter full-length plays in middle school and high school, they learn how playwrights use language to convey tension and conflict. Plays are fueled by dialogue more than any other narrative form. Reading a play, especially out loud, enlivens the writer’s language and allows the reader to embody each character, step into their environment, and listen to their points of view. This reliance on performance, movement and speech makes theater study in the classroom uniquely interactive and immersive.

Every time my program, Exploring Black Narratives, partners with a Jewish day school, I aim to open a portal for students’ curiosity through the study of a dramatic text. EBN is a curricular program for Jewish day schools that foregrounds plays by Black playwrights. It sets out to expand students’ love and knowledge of writers who are exceptionally talented, acclaimed and award-winning but not likely on their syllabus yet.

How did I come to create a theater program focused on Black playwrights? Years ago, I started a podcast called Places Everyone in which I interviewed theater artists—actors, directors and writers—about their craft. From the start, I envisioned a diverse lineup of interview guests, and through that process broadened my knowledge of and admiration for many exceptional Black theater artists. One particular playwright I interviewed, Dominique Morisseau, among the most recognized and accomplished writers in American theater today, is now central to the curricula of Exploring Black Narratives.

In 2020, when Jewish schools and organizations began to express a greater desire to enhance their understanding around Black communities, I sensed that the theatrical works I admired might offer a pathway forward. I began to envision a program in which students would explore beautiful plays and then interview actors and directors who had made those works come to life onstage. That combination of in-depth textual learning and real-life conversations would carve a pathway for learning and growth. Our mission is to focus thoroughly on reading, research, interviews and discussions.

Essential to the program’s development has been collaborating with wonderful teammates who are themselves Black and Jewish theater artists. Their leadership in class sessions is deeply formative for Jewish learners; it intuitively expands the students’ perception of Jewish identity and motivates them to engage in lessons.

My teammate Rebecca S’manga Frank, an actress, writer, and educator, led a recent unit at Hannah Senesh Community Day School in Brooklyn, New York. Our unit focused on the play School Girls; Or, the African Mean Girls Play by Jocelyn Bioh, a nuanced comedy about a prestigious boarding school in Ghana in which a tight knit friend group is disrupted by the arrival of an American biracial student. School Girls sensitively portrays themes of belonging and self-acceptance among teens, and simultaneously, it presents a fascinating conduit to deeper study about Ghana.

In Rebecca’s session, she drew connections between the play’s depiction of an American character adapting to life in Ghana and her own experience as a Jewish American student moving to the Kingdom of Eswatini, formerly Swaziland, her father’s native country. As Rebecca shared personal insights and memories, the play became more immediate and real for the students. They asked if she spoke any of the country’s languages, whether she liked her African school, and how other classmates reacted to her arrival. One student remarked that she too had switched schools several times, each one a challenging experience, though none were quite as far-reaching as switching countries. Rebecca responded that all transitions can feel momentous, regardless of how far a person travels. Her words prompted more students to express feelings of relatability, forging connections to a setting that previously seemed distant.

For most students in Jewish day school—and for me as a teacher—the setting of School Girls is initially unfamiliar. But the beauty of stories is that they are available to diverse audiences. Literature, plays, films and television can spark deep conversations about topics outside of one’s culture and history and can propel us as readers and viewers to explore further, so long as we apply the necessary study and intention to the process.

There’s a distinctly wonderful experience in store when we take in stories about other cultures, and the writers do not particularly accommodate themselves to us. We’ll likely miss reference points, but that’s part of encountering another’s experience. Certainly, non-Jewish readers of Jewish literature will not get every phrase and joke, but the story’s universal themes will resonate, and readers may find themselves compelled to learn more.

Interview with an Artist

Integral to the learning experience with EBN is a guest-artist workshop with an actor or director who has brought the text we study to life onstage. In these sessions, students conduct artist interviews based on their knowledge of the play. The class also examines a key scene in the script, and if the guest artists are actors, they read select lines of their characters’ and then share insights about the rehearsal process.

At Charles E. Smith Jewish Day School in Rockville, Maryland, the guest artist sessions were powerful and formative. One guest artist, Ronald Emile, spoke about his starring role in a production of August Wilson’s play Ma Rainey’s Black Bottom. Ronald’s character makes a dramatic arc in the play that leads, ultimately, to tragedy. The brilliance and painfulness of this portrayal, he noted, is striking precisely because the character starts the play believing it will be the greatest day of his life. After the session, the English teacher, Dr. Thomas Worden, noted, “I could hear a pin drop during the artist interview, and one of my students commented that that was the moment that he really understood the play.”

These realizations create a rewarding educational experience and often prompt students to take an interest in other works by the same writer. Throughout the past two years of programming, there have been many beautiful moments of discovery and appreciation among students. What eludes so many of us in life—seeing the humanity in a stranger—is attainable, even effortless, when skilled writers convey their words and emotions. Theater is the art form best suited to exploring the ways that we exist in relationship to each other. And with that, let’s open our scripts to Act 1, Scene 1.