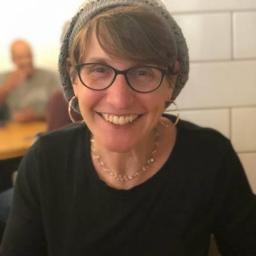 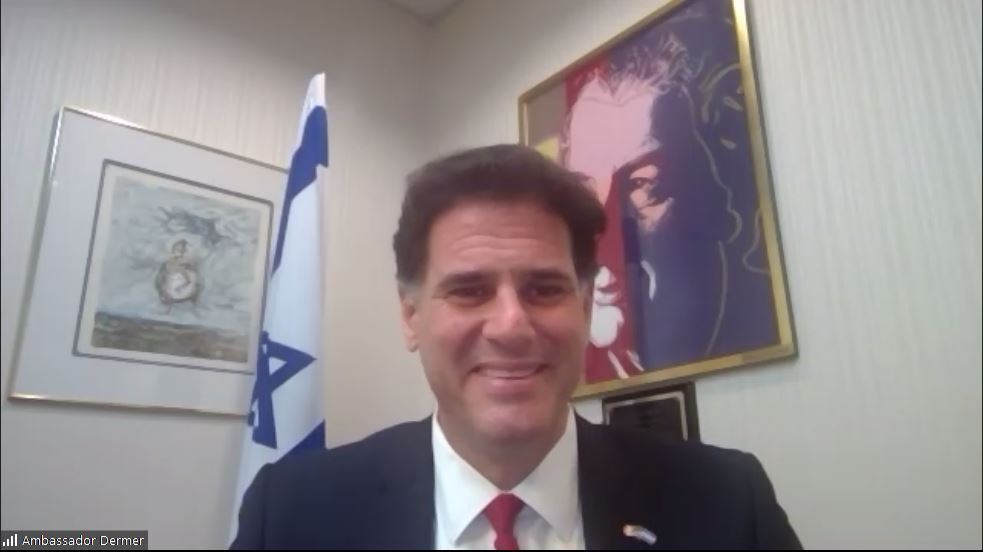 This Tuesday, 400 students from North American Jewish Day Schools attended the online event “Private Conversations with Israeli Ambassador Ron Dermer” hosted by Prizmah: Center for Jewish Day Schools. Ambassador Dermer reached out to Prizmah offering an exclusive conversation for any 8th or 12th-grade student whose Israel trip had been canceled due to COVID-19.

“He was dynamic, told fabulous stories, and made us feel like we were just hanging out chatting with him, bringing a piece of Israel into our homes at a time when we cannot go to Israel ourselves,” said Rachel Dratch, Associate Director of Educational Innovation at Prizmah.

Students asked about his favorite sports (he likes football, not soccer), his thoughts on the peace process, anti-semitism, Israeli elections, and American political leadership. Sitting in the “Golda” room of the Embassy, next to an Andy Warhol painting of Prime Minister Golda Meir, the ambassador shared how he grew up in Miami, Florida and fell in love with Israel at a young age before making aliya in his 20’s. He passionately described his love of America and how that informs his service in Israel--fighting for shared values of freedom and community. “The stronger we are, the closer to peace we will be. My hope is that Israel continues to be strong and that ultimately all of our Arab neighbors will make peace with us,” said the ambassador.

When asked about lessons he has learned as ambassador, he shared this insight: “Assume good and give others the benefit of the doubt. Just because you disagree with someone doesn't mean that they are a bad person.” He explained that serving as a leader is all about people. “There may be honest disagreements--don't assume the worst about the other side.”  “In Israel, he continued, “They'll argue with each other, but they can also sit down and have a meal together knowing that everyone has served the country- so don’t assume the worst about your political opponents.”

“What a privilege it was to have this special time with the Ambassador,” said one school leader.  Another added, “He conveyed a lot of important information, from the light-hearted to the more serious.”

“It truly is an honor to be able to partner with the Israeli Embassy, and with schools and communities to bring people together and support educational initiatives and projects across North America,” said Rachel Dratch from Prizmah, “we look forward to future partnerships and projects - stay tuned!”

Prizmah is the network for Jewish day schools and yeshivas across North America. We see what’s possible for schools. Together we can achieve it.