The Power of Holocaust Memory to Influence Our Reality

A few weeks ago I visited the Ghetto Fighters’ House. There, among the many items in the archive, I came across a letter written by David Ben-Gurion, Israel’s first prime minister, during the trial of the Nazi criminal Adolf Eichmann:

Every Jew has the right to prosecute Nazi murderers, but not everyone (and I think, no one) is allowed to speak on behalf of the millions of our people who were murdered. These millions are sacred, and none of us has the right to inherit and speak on their behalf.

Since the establishment of the State of Israel, Holocaust remembrance has become a concept that has taken on many forms. At first, Holocaust survivors were treated with contempt, and the newly established state did not allow them a place for discourse, defining them as coming from “there” and refraining from discussing the atrocities of the Holocaust. However, during the Eichmann trial, in the days when David Ben-Gurion wrote these words, Israeli society changed its attitude toward its survivors. The number six million was translated into words, stories, testimonies, objects and figures. For the first time, we listened and we saw the names and faces of the victims.

The change following the Eichmann trial, which began exactly 60 years ago (April 4, 1961) in Jerusalem, took place because we first heard the point of view of the victims. “History is told by winners”: this trial overturned that axiom, allowing many voices to be heard. It started a conversation and made us feel that their story is also our story. For the first time, we heard them recount the sights they saw, the smells they took in, and the horrors they experienced and heard. We learned about the darkest part of history, through their difficult experiences, in a direct and emotional way.

A New Means of Remembering Together

Zikaron BaSalon (Remembering in a Living Room) is an attempt to preserve the memory of the Holocaust by putting Ben-Gurion’s words into action. A group of people gather together in an intimate setting, in their home, a shared space, or online during Covid, and listen to the story of a Holocaust survivor—from the voice of a living survivor present in the room, or a recording. They are then invited to give expression to their feelings, in music, poetry or any form, and proceed to discuss their thoughts, ask questions, and reflect upon the meaning of the Shoah in their lives, in the Jewish community and the larger world.

Ben-Gurion argued that we should not speak on behalf of the survivors. Zikaron BaSalon continues his words by having survivors speak to us. We seek to have them transmit their memory of the Holocaust and make it our own. Even though we were not present there, so the memory is not literally ours, the commandment to tell their story is on us. At the same time, it is our responsibility to ensure that we have learned the lessons of the Holocaust and that we work to build a better world.

Every time I speak with a Holocaust survivor, they never talk about wars or revenge. They only make one request: to build a moral society that treats every person as a person, as equal. This is without a doubt their legacy.

Fulfilling the Commandment of Telling the Story

Zikaron BaSalon offers a ceremony that directs us to look at the past, that requires us to be present, and inspires us to look towards the future. It is not a history lesson, which can be acquired from a book or Google search. Zikaron BaSalon is the ability to hear the story of the Holocaust from those who experienced it, sitting next to us in the same living room, on the same couch, describing what happened.

Seventy-six years have passed since the end of World War 2, and only a few remain who can tell about it firsthand. About 45 Holocaust survivors die every day, and for many, the reality is that their stories may pass with them. Unfortunately, in the next few years we will live in a world where there are no more Holocaust survivors; then the commandment will be upon us, the commandment to tell what we heard and keep telling those stories from generation to generation.

Every year, in Israel, on the day we mark Yom HaShoah, the entire country stops to the call of a siren. Schools, offices and shops freeze; on the highway, trucks, buses and private cars stop at the side of the road and drivers and passengers step out. For exactly two minutes, we all stand still. The memory makes us stop our busy routine and demands of us a moment of silence and thought.

As someone who is a third generation Holocaust survivor, I can also say from my most private experience that Zikaron BaSalon asks us to observe and listen, remember and discuss. It asks us to be the gatekeepers of our society that we build, whether we live in Israel or a Diaspora community. 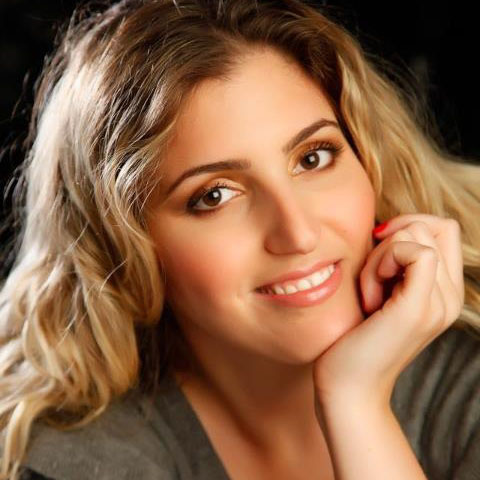 Sharon Buenos is the global director at Zikaron BaSalon.