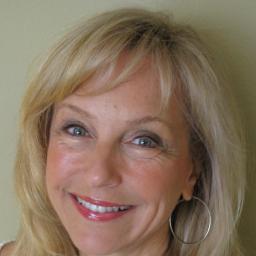 Florida art educator Debra Campbell has taught Pre-K - 8th grade art at Hillel Academy of Tampa for 18 years. She attended the Sam Fox College of Art at Washington University and received a master’s in art therapy at Goddard College. Debra has always felt the importance of being active in her community. She worked with Creative Tampa Bay as it launched its’ economic development mission to foster a region of creatives. In 2004 she formed a non-profit, Forward Thinking Initiatives, that began with a mission to teach entrepreneurship to teens and developed into teaching “Artrepreneurship.” Debra was also inspired by local St. Petersburg artist Bob Barancik to work with young people developing social commentary art through an Art Not Hate program. Debra enjoys working in collage and mixed media; she aims to create visual dialogues about our environment and the meditative qualities of reflections.

What Makes a Great PD Experience

At Prizmah we have had the joy of creating all sorts of professional development experiences, some with partner organizations and...
By  Rachel Levitt Klein Dratch  /

Pathways to Differentiation in a Judaic Studies Classroom

At the heart of Hidden Sparks’ work is the belief that every child has unique talents, strengths, affinities and challenges...
By  Debbie Niderberg  /

And What of the Children?

What should we be thinking as we prepare to go to synagogue this Saturday, this Shabbat, Sabbath morning? Should we...
By  Rivy Poupko Kletenik  /

Over the past 8 days I had a rare, transformative experience. What was rare was the fact that it was actually transformative, and I’m not easy to transform. Thanks to Prizmah, I joined a group of educators from Jewish day schools around the country to participate in a professional development program that looked like it was made for folks who love the arts.

The program, called Consenses, was created and taught by Sally Taylor (daughter of James Taylor and Carly Simon, who, unbeknownst to them, lived in my home while I was growing up). Sally, a brilliant artist in her own right, is also a mighty fine educator. The content appeared to be of value to me as an artist and art teacher, but I wondered if it would be of much value in the area of social and emotional growth for my students or how it tied into Jewish principles. I am humbled by how much I initially underestimated the value of the experience.

Sally teaches in metaphors. The first one she spoke of was the Indian parable of the elephant and the blind men. These men, who had never seen an elephant before, come across one and try to figure out what it is by touching the part of the body they encounter first. They all claim to have the absolute truth based on their limited experience. They each ignore the others’ subjective perspectives, which are all equally true. Sally and her associate, Janie Howland, were going to try to open our eyes, our minds and our egos to understand that we do not own absolute truth; we can better listen to other points of view. Yep, I was going to encounter my first elephant.

We began by playing a game of Essences, which Sally used to play with her mom. If I were to describe Truth, what color would it be? What would it taste like? What would it feel like or smell like? Using all your senses, you experience Truth. Then we began Consenses.

The website describes Consenses as “an artistic game of Telephone using every medium of art as a language through which to grow a broader understanding of the world around us. At Consenses, we believe that the nuances of our individual experiences are lost when we use spoken word alone to express ourselves, and that more can be revealed working together than fighting for the validity of our singular and limited beliefs.”

Our prompt, given to each of us in secret, was “Why is this night different from all other nights?” from the Passover seder. We didn’t know until the end that we each had the same one. This prompt was to become our elephant.

By the end of the program, I felt like I had the experience of being all four of the children at the seder. As a human being, I learned to listen so deeply to another opinion that I could reinterpret it and share in it, even have it exist next to my own opinion.

As a teacher, I was plunged into the cold water of having to create something by using mediums that were not my strength. I had to park my ego and make music through a paper towel tube or write poetry using a meter and structure I’m sure no one has ever seen before. I then shared this with a gifted group of teachers and Sally Taylor. No one cracked a smile.

I got the chance to experience what I tell my students: There is no wrong answer. I lived the experience some of them must have when they want to create something wonderful but it doesn’t turn out “perfectly.” I think I can now ease them through the process more confidently, helping them to accept other students’ opinions and perspectives.

Back to the prompt of the age-old Jewish question, “Why is this night different from all other nights?” During the process, I visualized the rabbis discussing points in the Talmud and yeshiva students studying commentary and presenting all sides. I understood Passover and the seder in a deeper way than I had ever thought about it.

Now, I can say with conviction, no one should ever think it’s just art. Art is a modality that can bridge conflict. It can communicate non-verbally those ideas that are bigger than words or less scary than words. It can diffuse differences and bypass the intellectualizing to get right down to the heart of the matter.

Thank you Sally Taylor and Prizmah for showing me my first elephant.