Rockwern Academy serves toddlers through sixth graders (and in some years seventh and eighth graders), and our enrollment is 215 this year. Founded in 1952, Rockwern is a community day school and the only non-Orthodox Jewish day school in Cincinnati.

At Rockwern, tuition increased 85% from 2002 to 2012, and enrollment precipitously declined during that time. As a result, the school concluded that affordability had likely become a major factor in people’s enrollment decisions. The board, in partnership with our most generous funder, the Jewish Foundation of Cincinnati, developed and implemented a plan for addressing affordability, which included several grants and discounts for families. Rockwern has the tremendous good fortune of being funded by the Foundation, which has long recognized the value of Jewish day school education.

Fast forward to 2021, and Rockwern’s tuition of $14,300 is quite reasonable, as it is generously subsidized by our funders and is intentionally low in order to compete with the high quality free public schools that surround us. Also, many families had been receiving additional significant discounts that were implemented as part of the affordability initiative (discounts in kindergarten, first and second grade, multichild discounts, new family discounts, and Jewish professional discounts). However, in the last three years, we have gradually moved away from many of these discounts, because we began to recognize that we were subsidizing many families who did not necessarily need the additional discounts they were receiving.

Despite eliminating most of our significant discounts, the ones we have retained are for our employees and for children of Jewish professionals. We do this because we believe that by making a Jewish day school education more affordable to Jewish professionals, it will increase the number of their children who attend, increase enrollment from members of the Jewish community who are influenced by Jewish professionals, and help to create stronger relationships between our school, local synagogues and partner organizations.

Brian Jaffee, executive director of the Jewish Foundation of Cincinnati, shared, “When we launched this program in partnership with Rockwern, there were few, if any, rabbis in Cincinnati sending their own children to day school. Today, almost all of the rabbis with school-age children send them to Rockwern. We know that this enhances both the school community and also the broader Cincinnati Jewish community. We are proud to support our Jewish professionals in Cincinnati while simultaneously supporting our community day school.”

As Rockwern has worked to strengthen the relationship between the day school and congregations, having the children of clergy enrolled in our school has helped to create synergies with the congregations, and we believe it has strengthened enrollment as rabbis can speak to their own communities about being parents in our school. For example, this year, for the first time, Rockwern hosted an online Hanukkah celebration in partnership with all local Reform, Conservative and Modern Orthodox congregations, further building on the relationships formed with clergy at those synagogues.

Rabbi Miriam Terlinchamp of Temple Sholom explained, “We never really imagined ourselves as a Jewish day school family. My husband was not raised Jewish, we both attended public schools, and we currently live in an excellent school district. But when we had our first child and heard about the discount for Jewish professionals at Rockwern, we were eager to learn more about the school. It has been a wonderful experience for our family, and I am grateful to Rockwern and Cincinnati’s Jewish community for encouraging us to send our children to Jewish day school. While my children could get a wonderful and free education in public school, only at Rockwern can they get a loving community that truly nurtures their spirits along with their minds.”

When the discount program was launched, there were not a lot of restrictions in place. Now, we offer the reduced tuition only to professionals who work at least 20 hours in the Jewish community, and we prorate the discount for those who work between 20-40 hours a week. We have also clarified that if a Jewish professional’s employment status changes, there may be a change to their tuition at Rockwern. We are thrilled that both clergy and non-clergy Jewish professionals participate in this program.

While some number of our community’s Jewish professionals would likely send their children to Rockwern even without the discount, we believe for others it strongly influences their choice for day school. And for those who would attend anyway, it creates goodwill and stronger relationships. 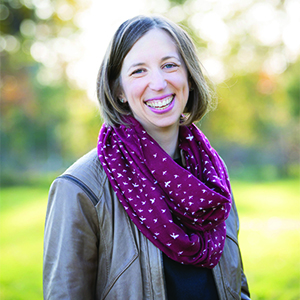 Rabbi Laura Baum is currently the head of school at Rockwern Academy in Cincinnati.  Prior to that, she served as the Associate Vice President of Learning and Engagement at Combined Jewish Philanthropies in Boston, and from 2008-2015 she was a rabbi at Congregation Beth Adam in Cincinnati and founded OurJewishCommunity.org, an online synagogue with a global reach.  She is an alumna of the Wexner Field Fellowship and the Rabbis Without Borders Fellowship and was educated at Yale, Hebrew Union College, and Xavier University (where she earned an MBA).