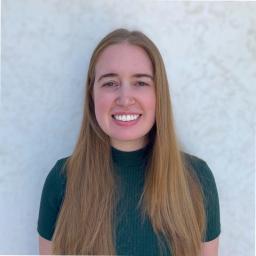 Ariella is the Content Marketing Manager at Deci AI.

My family moved to Richmond from Calgary in 2002 when my father began his role as principal at Richmond Jewish Day School (RJDS), where both my sister, Noa, and I were enrolled. From our arrival, the entire Richmond Jewish Day School community was incredibly warm and welcoming. My happiest memories from childhood took place when I was a student at RJDS. Some of my fondest memories include Fun Day, latke lunches, going to Garry Point at the end of the year, performing in the annual talent shows and musicals, and singing in the choir, but the best part was the people – wonderful classmates and teachers, and a supportive community. We moved back to Calgary in 2006, and, for both myself and my whole family, we recall our years in Richmond, and at RJDS in particular, with tremendous affection and nostalgia.

This played no small part in my decision to attend the University of British Columbia (UBC) for university. At UBC I was very active in the Jewish community, including serving as the President of Israel on Campus and later working at Hillel as the Director of Programming. I was also able to reconnect with many friends from RJDS. Despite our relatively smaller numbers, RJDS alumni played a disproportionate role in leadership roles and overall participation in the Jewish community at UBC (as they do in the wider Jewish community of Greater Vancouver). I believe that this is due to the rich Jewish identity and connection to Israel that RJDS cultivated, as well as the deeply inclusive and grounding community that the school provided for us. This has been repeatedly demonstrated to me when I encounter other RJDS alumni as adults, both in terms of their Jewish identity as well as their character.

After graduating from UBC with a degree in political science and international relations, I worked at Hillel BC for about two years. I then moved to Tel Aviv three years ago to teach English and work with NGOs supporting women and asylum seekers. I have since made Aliyah and worked as a journalist at Haaretz Newspaper before transitioning to tech about a year ago. I am now a Marketing and Communications Manager at a tech company called Deci AI. I am also pursuing my Master’s in Middle Eastern History at Tel Aviv University. While life here is often less orderly than Canada, I really love it.

My time at RJDS impacted me profoundly in numerous ways. Among other things, my time at RJDS directly led to my attending university in Vancouver, my participation and leadership in the Jewish community there, and my decision to move to Israel. There aren’t enough good things that I can say about RJDS and I could wax poetic on the subject for much longer if given the opportunity. My understanding is that this year the school is celebrating its 30th birthday so let me wish you ad meah ve-esrim (“until 120,” as we say in Hebrew) and may you go from strength to strength.